With Thanksgiving and Christmas behind us, I begin reflecting on the year that has come and gone. There are always things I wish I had accomplished, but also those projects for which I’m proud to have completed. This valuable reflection allows me the opportunity to set goals (or resolutions) for the New Year.

I hope while you all are planning your resolutions, you’ll consider committing to only eat pasture-raised meats and poultry. Even though there are more reasons than any of us could possibly count, I’ve put together my top 6 reasons to eat pasture-raised in 2020 below.

1. It’s better for the animals. 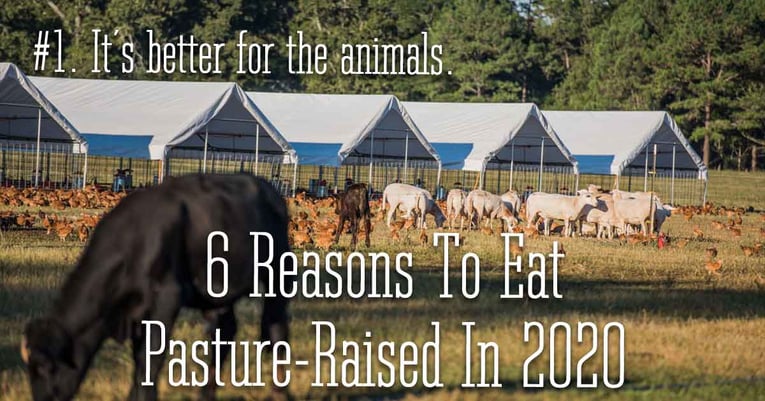 Industrialized animal agriculture made meat production efficient, inexpensive, and consistent. It quickly became a successful program because it made its products cost-effective and uniform. This industrialization accomplished these goals by putting animals’ instinctive behavior as a second, third, or fourth priority, as opposed to making it the core value.

The production of true pasture-raised animals is inarguably a better life for the animals. Cattle are born to roam and graze; chickens are hatched to scratch and peck; hogs are born to root and wallow. If you want to improve the lives of animals, you must start by consistently supporting the systems which embrace a pasture-based production. 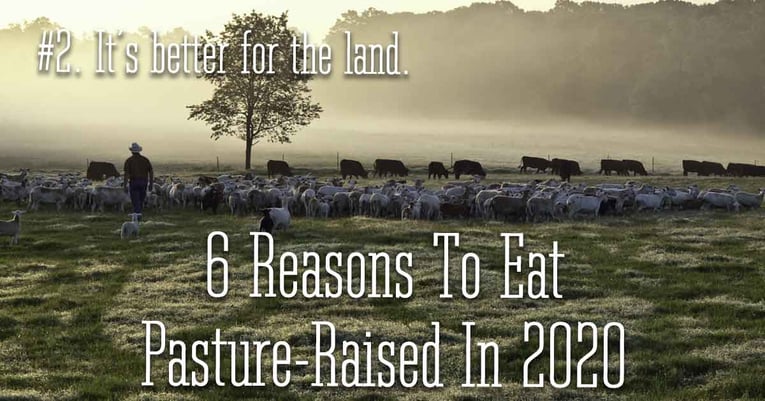 Through holistic management, animals have the ability to positively impact the soil in a powerful way. Pasture-raised production systems use animals like tools on a toolbelt to speed up the photosynthetic process, disrupt the soil, and fertilize the soil through urination and defecation. Through holistic management, the soil feeds the grasses, the grasses feed the livestock, and the livestock, in turn, feed the grasses. It’s all part of the birth-life-death-decay process that applies to humans, plants, animals, and everything on our planet.

Regenerative land management practices have been shown to sequester more carbon in the soil than pasture-raised animals emit in their lifetimes. Carbon-negative beef is a new potential tool to help reverse climate change, and these regenerative practices can even be applied to the solar power industry. By supporting pasture-raised production systems, you are endorsing systems that are focused on making global, generational improvements to the land we occupy, as opposed to quarterly quotas and goals.

3. It’s better for our community.

Rural America was devastated by the effects of industrial agriculture. Because of mechanization after WWII, efficiencies were introduced into agriculture that displaced jobs and dismantled these thriving little towns. Pasture-raised production systems are part of a change that puts this thoughtful labor back into agriculture. By doing this, quality jobs are created, traditional skills are restored, and citizens are provided with opportunities that didn’t exist at one time. Pasture-raised production systems reverse this mass exodus of hard working people and re-establish small, sustainable communities.

4. It’s better for the people. 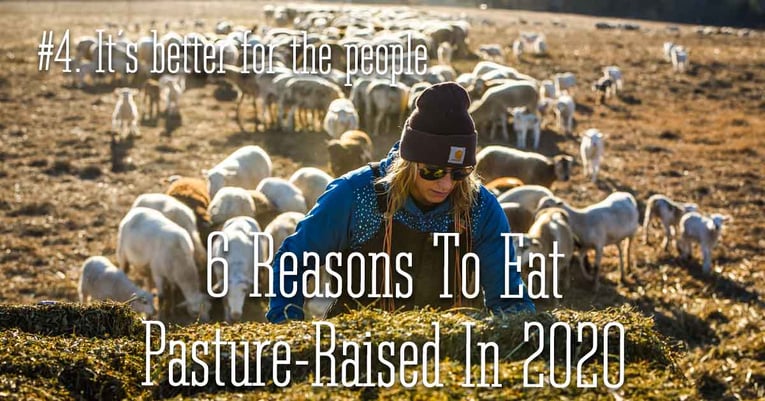 Industrial meat production has been faulted for creating jobs that require constant repetitive actions, which lead to multiple health issues for the employees. In pasture-raised production systems, employees wear many different hats and perform various tasks each day. Employees who work in environments that offer diverse tasks are happier and healthier. Pasture-raised production systems regularly present employees with challenges, opportunities, and accomplishments that are physically and emotionally rewarding.

It’s inarguable that animals raised in industrial production systems are less healthy than those raised in a natural, pasture-raised production system. Why would we believe that meat from those unhealthy animals would then be a nutritious option for our families to consume? There is documented research in circulation that states pasture-raised proteins are now being used in preventive healthcare and in treatment plans for illnesses. It’s time to realize that nutritious food truly is medicine.

Switching to pasture-raised meats doesn’t have to be difficult. White Oak Pastures now operates a new online store, improving the online shopping experience with new products and improved shipping times. So if you are looking for ground beef for hamburgers, fully traceable, regenerative leather products, or some eggs, sausage, or bacon for breakfast, check out our online store. Shopping online for pasture-raised, regenerative meats and poultry has never been easier. 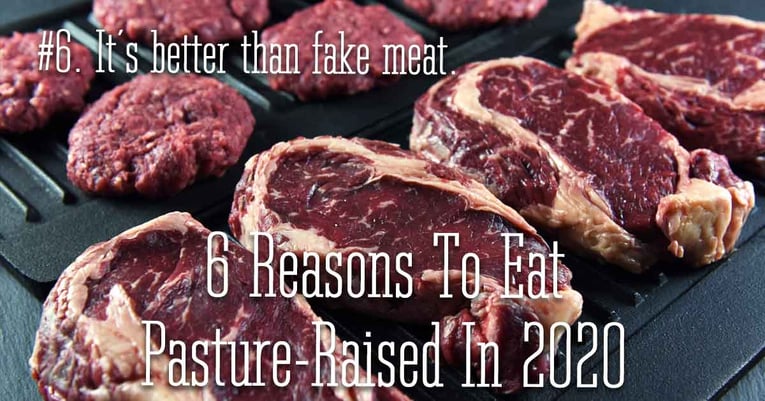 As the debate over how to approach climate change continues, some industrialized agriculture products made in a lab have claimed to be the future of meat. Some fake meat companies claim they are a better choice for the environment. However, as third-party scientific Life Cycle Assessments have shown, many trendy plant-based proteins are contributing to climate change, while pasture-raised grassfed cattle can help reverse it.

Managed grazing practices with ruminants change the debate from Plants vs. Meat to Industrial vs. Regenerative. Grassfed cattle are not simply the choice of “less harm” like a burger made of soy or peas. Regenerative, pasture-raised animals regenerate the land, sequester carbon, and benefit biodiversity, all while creating good-paying jobs in rural communities. In the words of Will Harris, “It’s not the cow, it’s the how”. 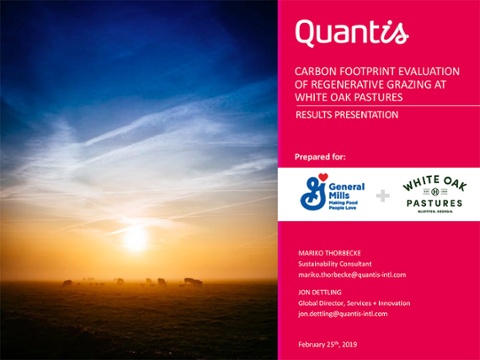 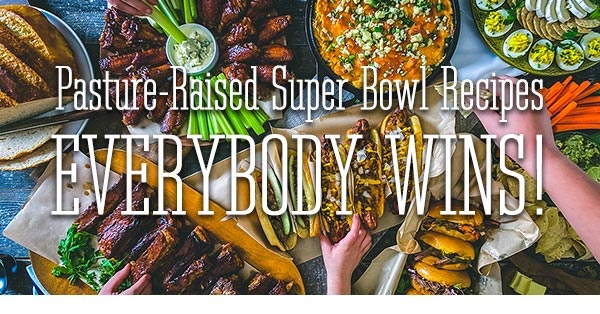