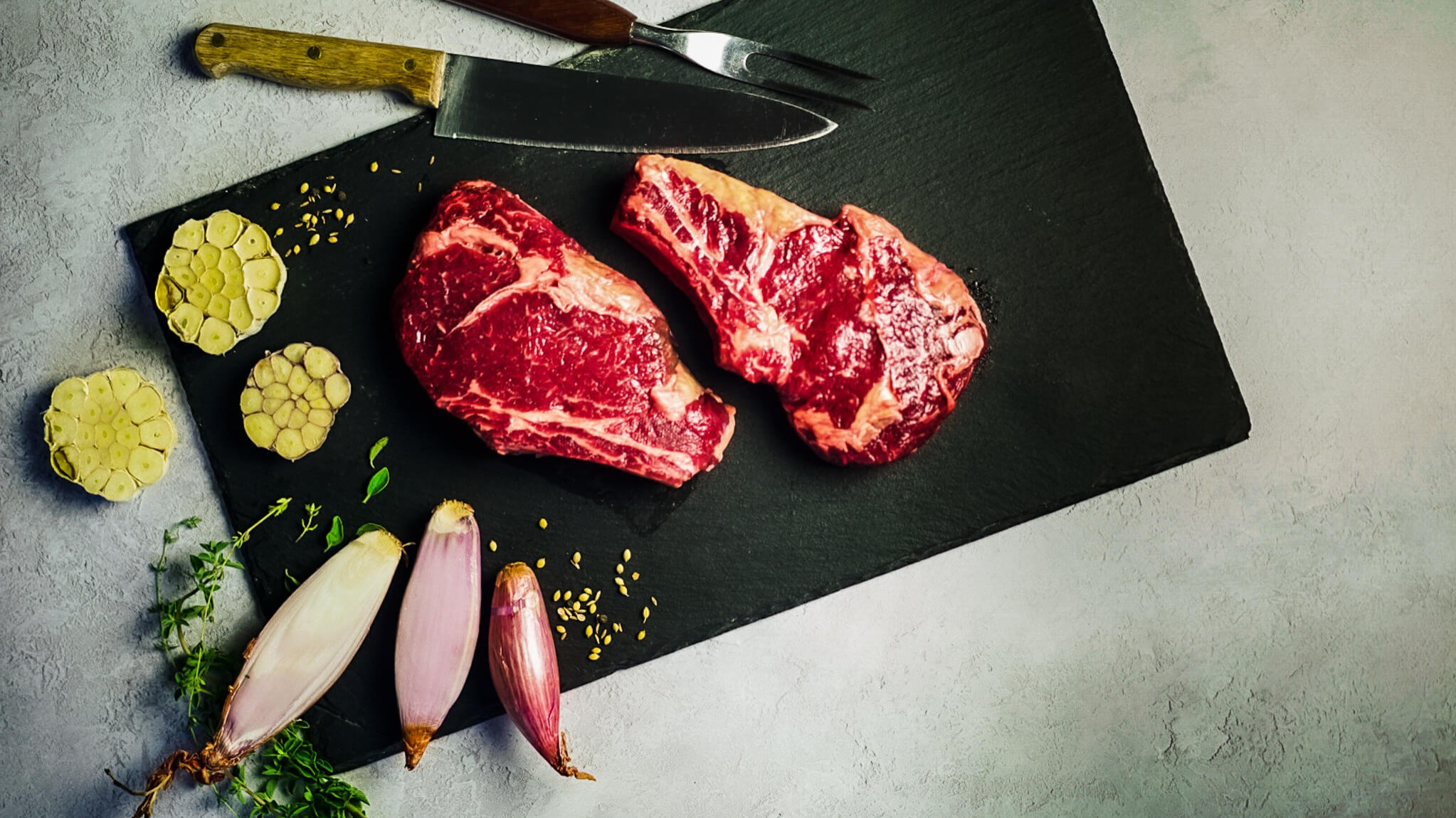 White Oak Pastures cows, raised on pasture and with plenty of natural exercise, have less marbling than commodity feedlot cattle. Our grassfed beef comes from animals who were raised on pasture, as they were intended to.

This means that some prep work and cooking alterations should be made to increase the tenderness of our product.

100% grassfed beef can be tough if it is not aged, it is lean and strong muscles on these cows (see our Master Guide to Cooking Grassfed Beef to learn more). For our grassfed beef, we recommend aging your steaks for a tender, flavorful steak.

However, we recognize that for some people, aging isn’t your thing! So our wonderful customer service team has put together a guide to other ways to make your grassfed meat tender, if you are histamine-sensitive or just prefer not to wet age your beef.

For tough cuts like chuck steak, a mechanical bladed meat tenderizer (like a Jaccard) is a simple kitchen tool that uses small needles to pierce the surface of the meat. It works by beginning to break down the muscle fibers and allowing seasoning or a marinade to penetrate deeper into the meat.

If you don’t have either tool, you can also lightly score the surface in a crosshatch pattern with a knife or use a fork to poke tiny holes into the meat.

Cuts like flank or skirt steak or London Broil make excellent grilling steaks, but they’re so tough you won’t want to eat them without a little marinade action. Using acidic ingredients like lemon juice, vinegar or buttermilk not only add flavor but also give the meat a “pre-cook” before it hits the grill. Just make sure you don’t let it sit on the marinade for too long (30 minutes to two hours should be sufficient), or it’ll become soft and mushy.

Some folks use meat tenderizer powders, which are made of enzymes that start to break down meat fibers, but we find that you can get the same effect naturally with physical tenderizing or marinating. 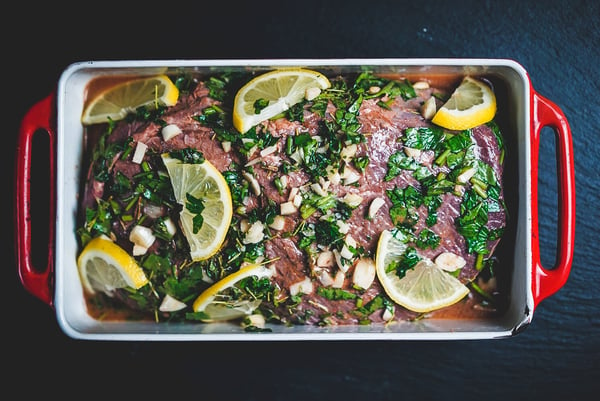 Whether you’re marinating or not, at least make sure to salt the meat before cooking. Salt draws out moisture from inside the meat, concentrating the flavors and creating a natural brine. You know it’s working because the meat will take on a deeper, red color. Unlike marinades, you can “dry brine” your meat with salt for up to 24 hours in advance.

You can also combine the salt with warm, smoky herbs and spices that go well with pastured meats. For grassfed beef in particular, we love mixing and matching smoked paprika, cayenne, cumin, and mustard powder, or you can try our delicious Red Eye Rub we make in our farm’s commissary kitchen.

Let the meat come up to room temperature

This technique is especially important with grass-fed beef steaks and other lean cuts of meat that you are going to cook quickly over higher heat (rather than slow cook). Since there’s not a lot of fat on these cuts, they’re less forgiving if slightly overcooked. Letting the meat sit on a room temperature counter for 30 minutes before cooking will help it cook more evenly.

More expensive cuts of meat can be flash seared over high temperatures, but many budget cuts, like pork shoulder or chuck roast, require low-and-slow cooking. When braising tough cuts of meat, the collagen breaks down in the cooking liquid and really lets those tough muscle fibers separate. Make sure you give yourself enough time to let those cuts break down, which could take four or more hours in a Dutch oven or slow cooker.

No matter how well you prepare and cook your meat, it will turn out dry and tough if you don’t let it rest. A general rule of thumb is five minutes per inch of thickness for steaks, or ten minutes per pound for roasts. This allows the juices to redistribute within the meat instead of spilling out onto the cutting board, which will keep your meat juicy and tender.

If you are cooking steaks or cuts to a certain temperature, use a thermometer to test for doneness and watch the temperature carefully. You can go from perfectly cooked to overdone in less than a minute.

As mentioned above, let all finished meats rest. The meat will continue to cook after you remove it from the heat, so when it reaches a temperature ten degrees LOWER than the desired temperature, it’s done. That means if you’re aiming for a Medium Rare, which is 130°F to 135°F, you should pull your steak when it hits around 120°F.

Beef cuts are best at the rarest temp, it is recommended not to cook past medium. Keep in mind that overcooking causes greater shrinkage and decreased tenderness.

Slice against the grain

All cuts of meat have long muscle fibers that run throughout them. If you make cuts parallel to the muscle fibers, you’ll end up using your teeth to break through them as you chew. That sounds like a workout! Instead, cut crosswise against the muscle fibers so they come apart easily and effortlessly.

Are you a grassfed beef connoisseur? Have any tips to add? Let us know in the comments below! 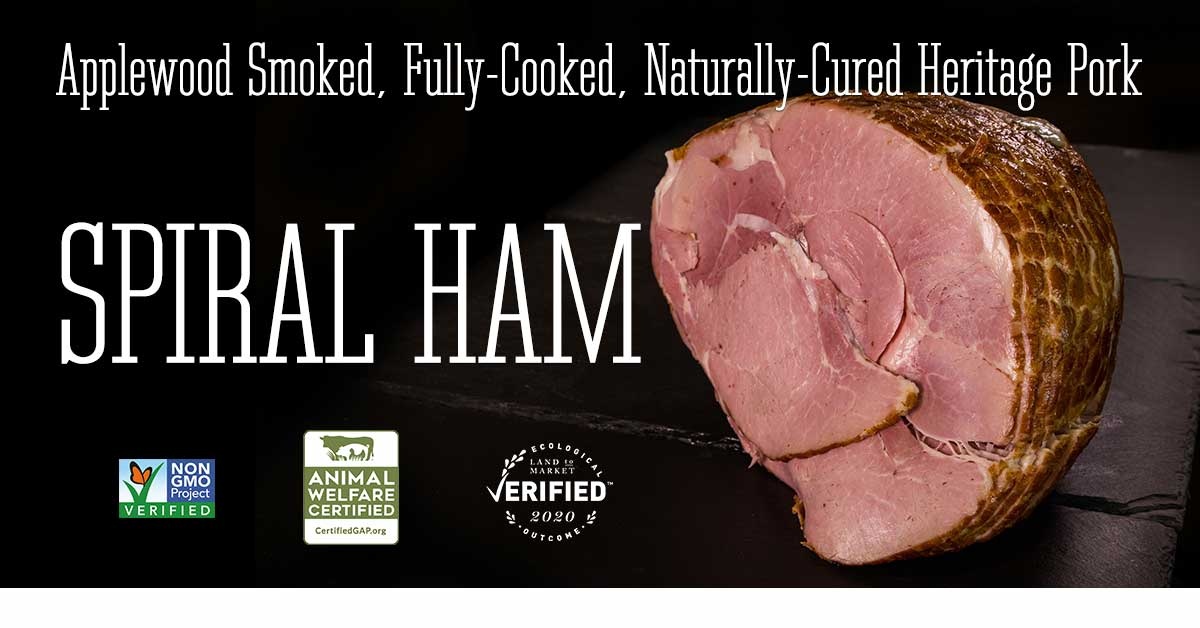 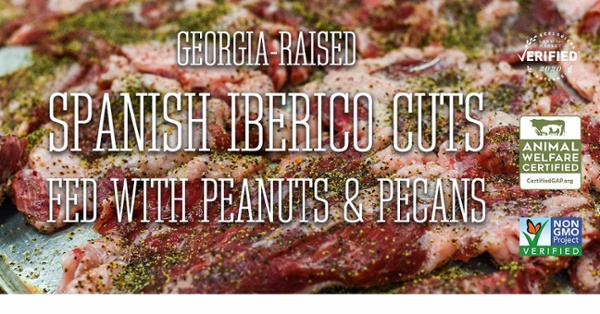 Around the Farm Blog