Cattle at White Oak Pastures: Breeding Our Own Herd 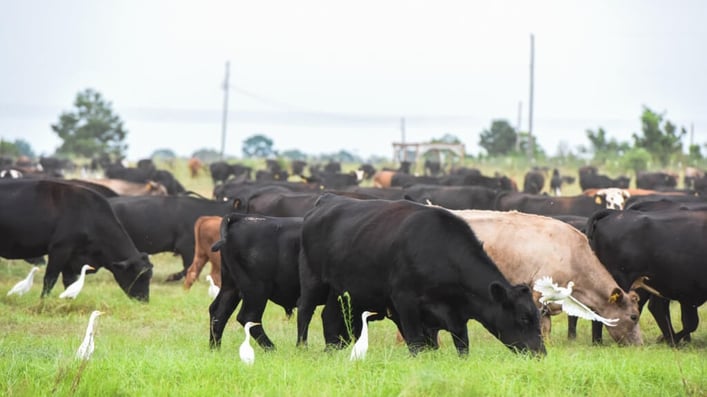 In 1866, Will Harris' great grandfather brought a herd of cattle with him to White Oak Pastures. These cattle would have been Florida Cracker or Pineywoods cattle, feral descendents of the livestock brought to North America by the Spanish. These are the only two breeds that would have been available in Georgia 150 years ago (and today, both breeds are recognized and considered rare by The Livestock Conservancy).

To grow his herd, Will's granddad followed standard "line breeding" practices, inbreeding the same genetic pool back together to get a desired result (think Chihuahuas, Great Danes, etc). The farm kept their own bulls and cows to interbreed, avoiding genetic problems by keeping a big enough herd.

In the late 1800s and early 1900s, Will's granddad continued to keep the females of the herd, but he started to import purebred bulls (like Angus, Shorthorn, Brahman). Bringing in male genetics from the outside gave a quick change in phenotype, giving cattle desired physical traits quickly. Importing genetics also changed the cattle on White Oak Pastures, from the old Cracker and Pineywood breeds to a new mixed breed.

According to Will Harris, "the reason that almost none of these [older] breeds are around today is that all the cattlemen did what my ancestors did: they brought in 'Purebred' genetics of other breeds that they felt would provide improved performance. I would honestly suspect that, over that last century or so, at least one of every breed of cattle that has ever lived in Georgia has left his DNA on our farm." 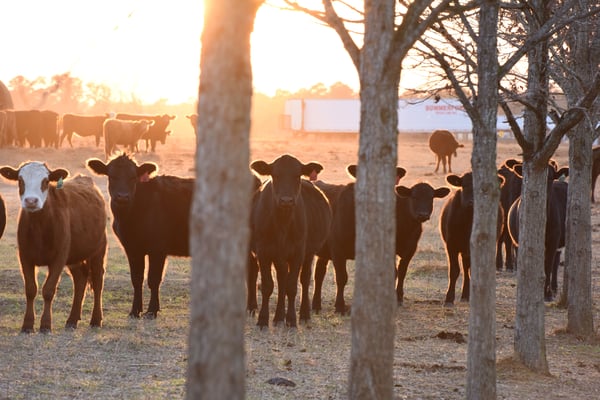 Breeding decisions for livestock are based on desired phenotype, what characteristics you want the animal to have in your environment. Ranchers select for their specific environment and also what the market dictates is desired.

In the past, the cattlemen of White Oak Pastures and many other farms were selecting for muscular, fertile animals who thrived in the south Georgia environment. These cattle needed to be able to survive on the grass available, stand up to the hot weather, and sustain healthy herds.

When confinement lots and concentrated animal feeding operations (CAFOs) became widespread across the United States, cattle needed to change to match this new environment. It takes a completely different animal to perform in a feedlot. Farmers started selecting for a different kind of phenotype.

Feedlot cattle need to be taller and "slab-sided" to be able to stand in a feedlot covered in mud, muck, and manure. These animals gain 5-6 pounds per day on the concentrated high-energy grain feed out of a trough. They don't need a big rumen to hold a lot of grass, and instead need to be able to eat lesser quantities of stronger feed. This is a very different animal from the one who performs well on grass.

At White Oak Pastures, we continued to keep the female cattle for breeding and import outside genetics as sires for many years. Then, in 2013, Will Harris stopped castrating his male cattle. The farm was trying to meet the highest level of Good Agricultural Practices (GAP) Certification, and physical alterations to animals are not allowed.

While he had previously been castrating calves at 3 months old, Will saw that when they fully developed, the bulls were healthy and vibrant. "The unintended consequence was that I saw I was raising better bulls than I was buying. I was paying thousands of dollars for purebred bulls, and mine look better," Will says.

Since then, White Oak Pastures has not brought in any outside cattle genetics. Instead, we are once again selecting bulls by phenotype to breed our herd.

Every year, we pick the best 10 or 15 bulls out of 600, making selections based on phenotype. We’re looking for cattle with shorter legs, thicker “spring rib” bodies, and bigger rumen, that are physically sound, vital, muscular, and possess "a great will to live".

As we select for these traits, we find our cattle are resistant from birth to the pathogens found on our farm, and they do well eating only grass, without needing corn. They've also been developing other characteristics, like "an increased incidence of dark red, solid color cattle that doesn't look like any other breed that I'm familiar with. That deep red color is a recessive gene," adds Will.

The cattle raised on this farm come from the cattle that perform well on this farm, which is how a breed is created. At White Oak Pastures, we're always looking to move toward cyclical, not linear models, to mimic nature. Importing purebreds is linear, forcing ranchers to buy a new bull every year. In our breeding decisions, we have worked to close another cycle.

"We are literally creating our own breed of cattle out of the genetic hodgepodge that happened to be deposited here over the last 150 years," says Will. These cattle are healthy, vibrant, and well-suited to a life on pasture. 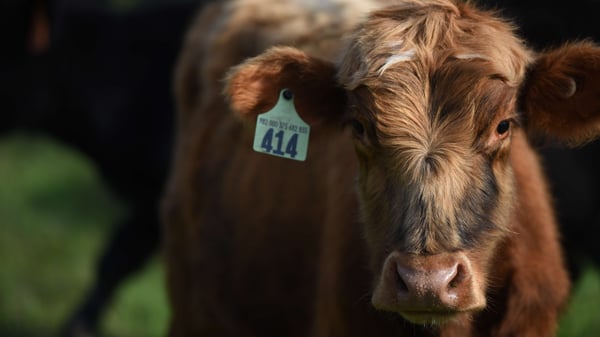 Our full list of breeds of cattle that we know have left their genetics in White Oak Pastures' herd: 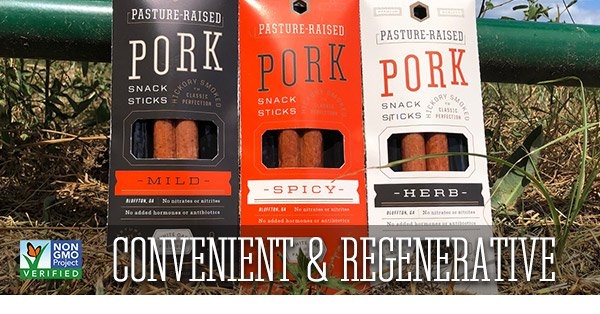