Lewis Rickerson - Employee of the Month

Lewis Rickerson, purveyor of antiques and pecans from his own business, came to White Oak Pastures to supplement his income. Lewis states that trying to describe White Oak Pastures is “impossible, because it just can’t be described in one word.” I am confident in describing Lewis as one who has never met a stranger and one who is always friendly, informative, and helpful. If you haven’t met Lewis in our General Store in downtown Bluffton, I invite you to drop by and meet this southern gentleman. 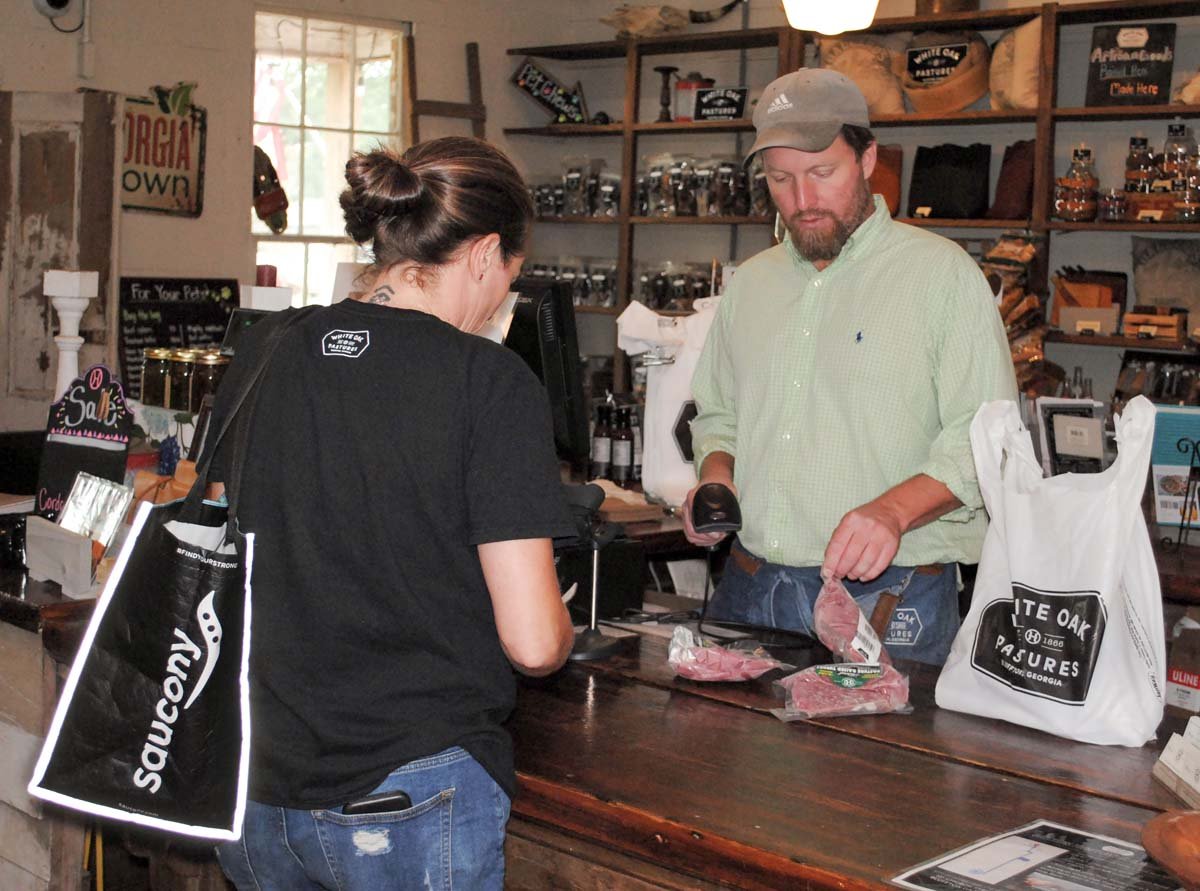 “I was and still am incredibly impressed by the White Oak Pastures regenerative model. I have worked in the General Store, given many tours, and picked up many White Oak Pastures’ pecans under our trees. Occasionally, I can be found washing dishes in the food truck or helping Lil’ Ricky out with the landscaping. But, my job is to satisfy customers, tourists, and employees at the General Store by making their visits convenient and pleasurable. Having said that, the most satisfying part of my job is when we gain a repeat customer. I am most proud of sending a young store clerk off to college; and, of course, being voted employee of the month! The biggest challenge? That would be restraining myself from buying all of the wonderful steaks, pork ribs, and beers that we offer here. My favorite White Oak Pastures cook-at-home foods are flank steak, chicken wings, and Heritage Pork or Iberico Spare Ribs. If I’m dining here, my favorite is Fred Timpson’s honey mustard or fried chicken wings, and of course, a burger with lots of our organic raw onions and fries. 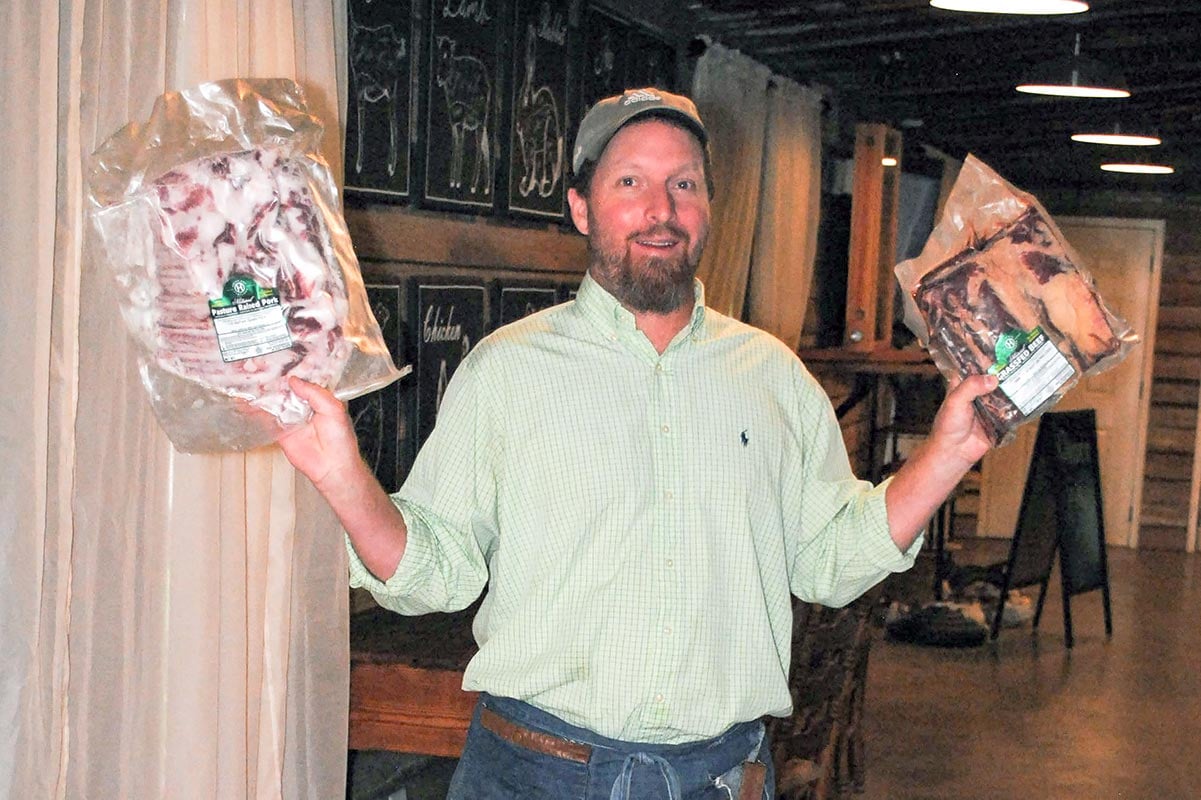 Lewis’ background in horticulture and gardening for twenty years, pecans for over ten years, and sales experience for six years doesn’t give him the experience needed for leading the tours around the farm. However, his “gift of the gab” does. He admits, “giving tours is completely new to me with this job, but if talking is a prerequisite, then that’s ‘old hat’ to me, for sure.” 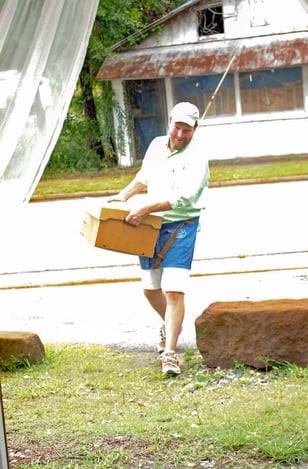 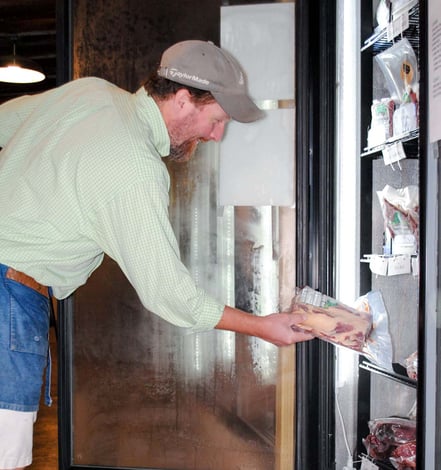 Lewis really does have a passion for growing pecan trees and can tell you all about the differences in pecans. His favorite chore is shelling pecans, which is tedious and time-consuming, and that shows how patient he is. He feels like the best part of living in South Georgia is picking up pecans and picking blackberries from the bushes on dirt roads. Lewis almost got himself into some trouble at work when “a large fox squirrel severely reprimanded me for a good half hour for removing all of the pecans from under his tree.” His favorite hobby outside of work is, not surprisingly, buying pecans on the side of the road, but here’s a twist: He enjoys golfing and “eBaying”. Lewis says “ I can always help employees who have pecans or other things sell their stuff on eBay. Just reach out to me.” Noted, and will do! The worst? “Watching conventional farmers clear-cut their forests and hedgerows, which could potentially destroy that habitat-forever.” If Lewis were to ever find spare time at work, he said he’d like to drive the delivery truck to Atlanta “one time, just for kicks.” Lewis is one of those people who seem to “get a kick” out of just about anything, which makes Lewis a pleasure to be around!