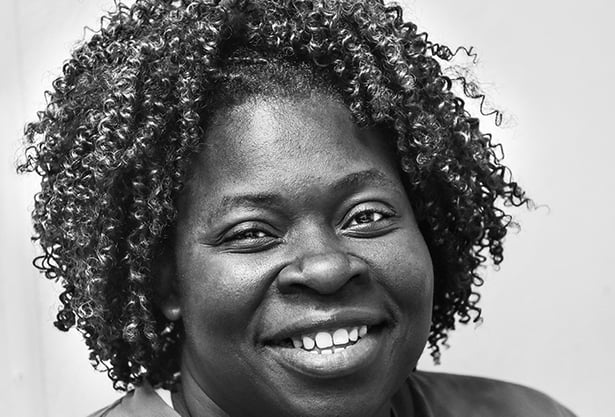 Helaine works in poultry processing and has recently been given a supervisory role by Lisa Brown. She is one of our Poultry Plant Mentors!

After driving an hour and twenty minutes one way to Phenix City, AL from Cuthbert, GA, for four years to work in a poultry plant, Helaine Gudes wound her way to White Oak Pastures and closer to home. March 2, 2018 will mark Helaine’s second year with us here on the farm. Continue reading to understand what is truly the most important thing to Helaine and why White Oak Pastures is the perfect place for her to be!

"Phenix City is a good little ride. I was trying to find something closer and my god-sister, Lashona, told me about White Oak Pastures and I came out here. I’m not gonna tell a lie. At first, because of what I was doing, I didn’t like it, but once I got the hang of it, and got used to it, I liked it.” Helaine works in our poultry plant removing the viscera of the poultry, which is the internal organs of the birds. “I’m good at hands-on stuff.” The phrase “Birds of a feather, flock together” is relevant in that her god-sister, Lashonna, is also at White Oak Pastures as manager of our Dining Pavilion and our Food Truck and her brother Lamar, works in our beef processing plant. Helaine has always been a “hands-on” kind of person and enjoyed cooking in the cafeteria at Andrew College in Cuthbert, GA from 2001-2005. Cooking is obviously a passion of hers, as she lights up when talking about teaching her 18-year-old son, Donquarius, to cook! He loves turkey burgers and actually asked her to teach him to cook, which is remarkable for an 18-year-old young man. The ladies will certainly appreciate that! Helaine says that she is starting her 12-year-old daughter, Zariya, who loves chicken, off slowly and simply in the kitchen, then will work up to other things.

Family is the most important thing to Helaine. She lost her father in June, 2017, who died at the military base where he served as a mechanic in the army since 1982. Donquavious would like to follow in his grandfather’s footsteps and attend an auto mechanic school in Nashville, TN. “I would feel more comfortable if he had a friend that was going with him. I don’t want him to go off, but I can’t hold him. I got to let him go. I’m going to ask him if he is interested in working at White Oak Pastures. There are so many different things out here and he may find something that he would like to do.” Her daughter has a few years before she chooses a career, but she is leaning towards becoming a teacher or a pharmacist.

Helaine looks forward to going on vacation with her family every summer. She loves theme parks and scary rides and has visited Wild Adventures in Valdosta along with other theme parks in Orlando. Even though it is a long way, she LOVES Daytona Beach. “You can drive your car right on the beach and park. There are nothing but Jeeps on the beach. It’s organized and even though there are so many Jeeps on the beach, you can still see the water. It’s beautiful. It’s just beautiful. This year we are going straight to Daytona Beach.” Helaine usually vacations with her sister and her two children.

When I asked Helaine to describe White Oak Pastures, she replied “Family”, because that is basically what it is. When they say it is a family business, it really is, and they treat you like family.” Companies like that these days are few and far between, and Helaine said “I’m planning on stayin’ until they kick me out!” 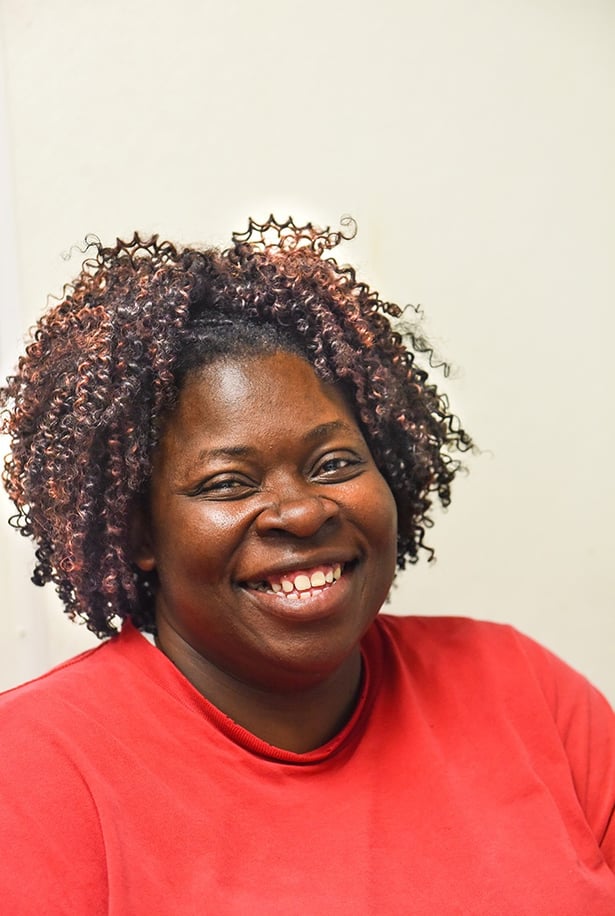