October and May typically mark the change of season here in our Southwest Georgia subtropical climate. Historically, these months are the driest months and the months when the warm season perennial grasses and the cool season annual grasses swap dominance. This year the seasonal change was delayed due to our recent severe drought. However, thanks to the later-than-normal rains which finally arrived, our cool season annual grasses are sprouting in our pastures. 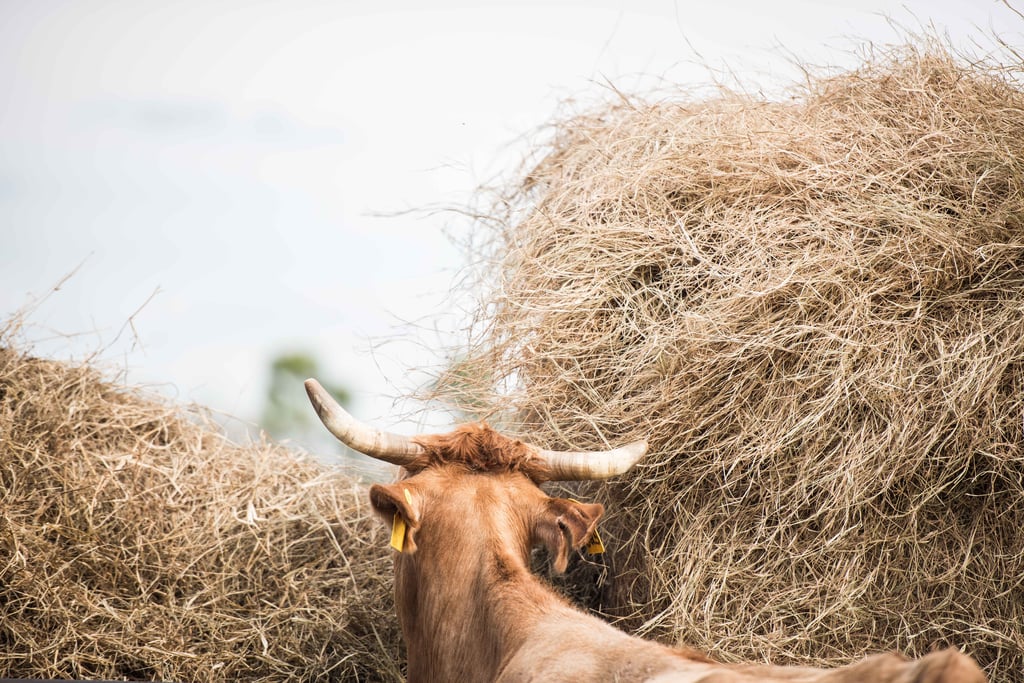 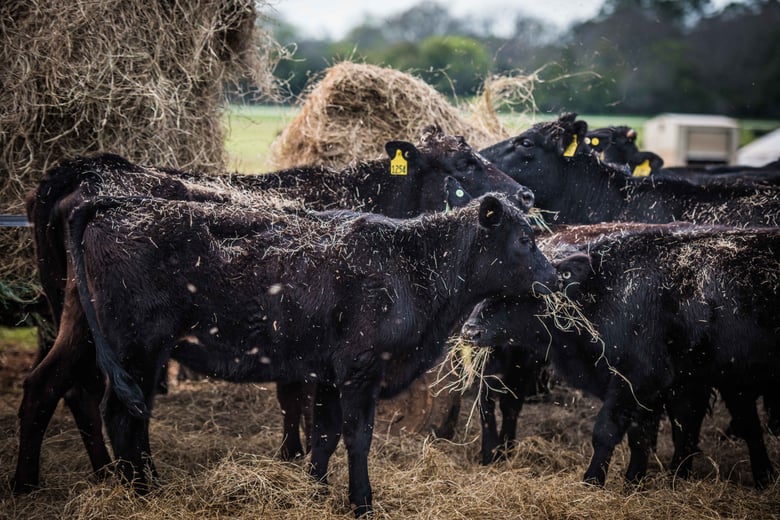 During transition months, neither warm season perennials nor cool season annuals are performing well enough to support our entire herd. During these season changes, we supplement with high quality, organic haylage from our farm's hay fields. Haylage is high moisture content hay that has been stored in an anerobic environment to preserve the hay and the nutrients within. Our cattle gain two pounds per head per day on our haylage. 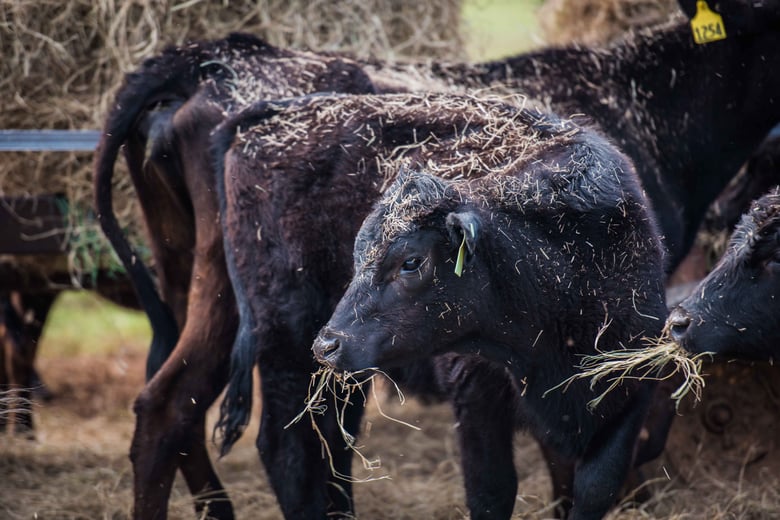 We grow our organic hay on 300 rolling acres that are incredibly nutrient rich because they are irrigated with waste-water from a local poultry rendering plant. We are proud to apply our zero-waste approach even in our hay production practices. Our practice of feeding haylage from the waste water field benefits our pasture land as well as the spray field. If we did not remove the hay, over time the nutrients would build up on the spray field to the point where they would become toxic. By removing the haylage, we are exporting any excess nutrients to our pastures where they further enrich our land. Nature is the ultimate recycling system. Dr. George Washington Carver told us " In Nature there is no waste". 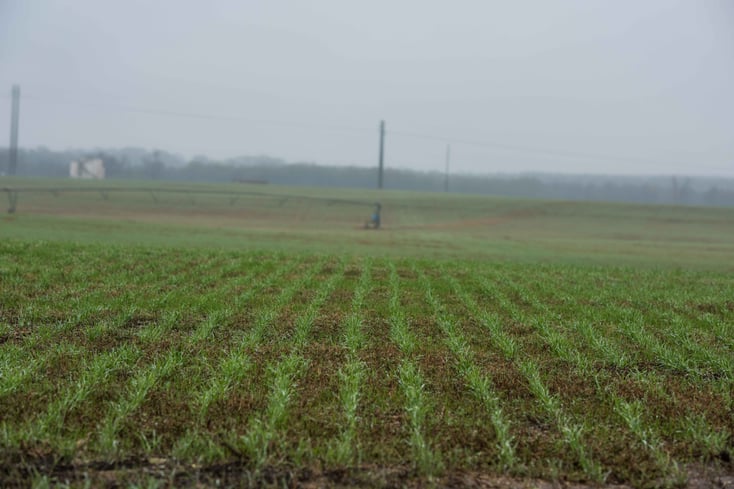 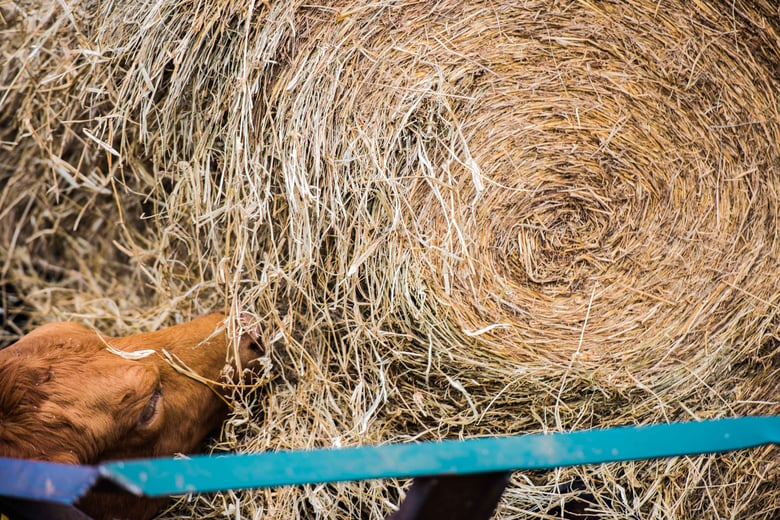 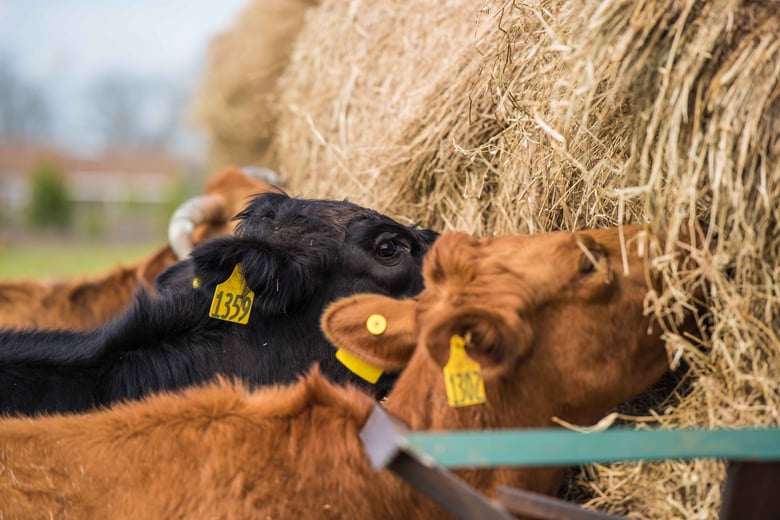