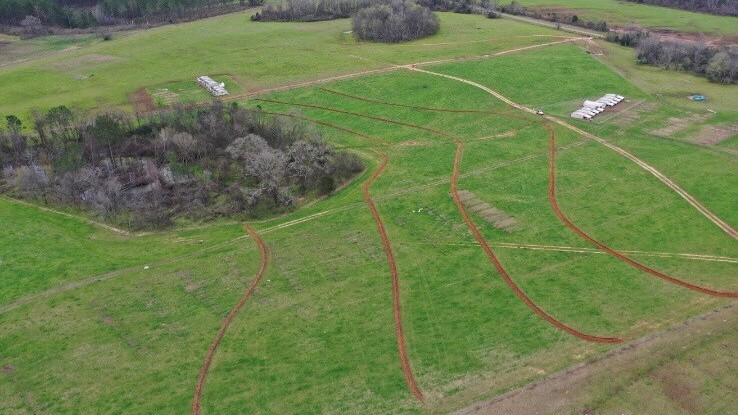 At White Oak Pastures, we regularly add new pieces of land to our farm, either by buying or leasing nearby parcels. Almost all of the land we acquire is degraded cropland that for decades was used to grow monoculture crops, with the help of extreme chemical fertilizer and pesticide use.

A family with a plot of land near Bluffton recently started to lease some of their land to White Oak Pastures. As Will Harris recounts,

“This land was intensely farmed all of my life, with monoculture corn, cotton, and peanuts kept in strict rotation with the input of chemical fertilizer, pesticides, and tillage.

This unnatural system was very hard on the land, and by the time White Oak Pastures took it over, there were extreme erosion problems and less than 0.5% organic matter in the soil.”

Typically, our holistic, regenerative land management practices can repair damage on previously misused land, simply by ceasing to misuse it. 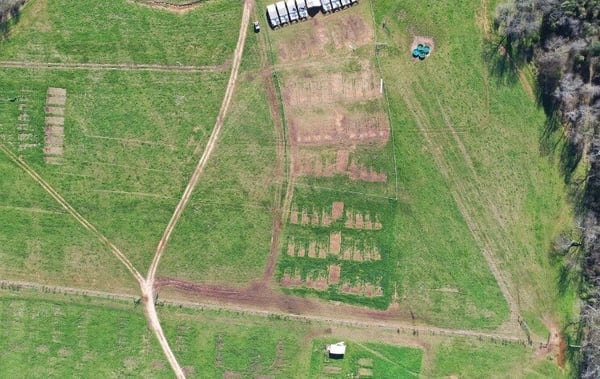 However, after we planted this new land with perennial grasses, we realized that this land required some intensive care to stop the erosion that had gotten out of control. White Oak Pastures had the land surveyed by a professional, who used a laser leveler to plot elevation changes and used flags to mark where water should be going (instead of immediately flooding off of the land, into nearby waterways, and creating another Providence Canyon).

With this surveyed map, we took tillage equipment and opened up the land, creating our own waterways. These slices of land allow the water to soak into the exposed soil, keeping the water in the pasture and stopping the land-degrading erosion. 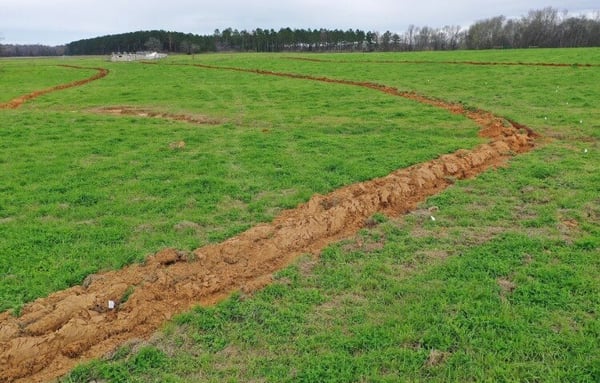 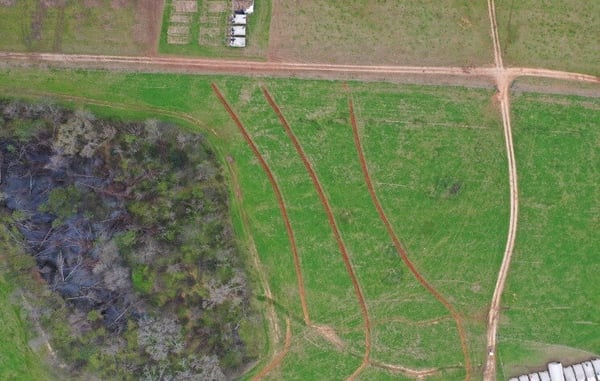 At White Oak Pastures, we see ourselves as stewards of our land.

When we practiced industrialized, centralized, commoditized farming that turned our fields into commodity cropland, according to Will Harris,

“It’s like we put a paved parking lot across 80% of our land. Unable to soak into the land, water not only carries away the organic matter we need in healthy soils, but it also carries the toxic chemical herbicides and fertilizers some use on our farms to the ocean.”

Finally, to further heal the land from its degraded state, we continue to use animal impact and prescriptive grazing to put life back into the soil. Managed animal impact is our best tool for land regeneration (even if it means we do not qualify for Organic Certification).

White Oak Pastures is home to cowboys and butchers, farmers and ranchers. But above all, we are all land stewards, using animal impact and holistic grazing methods to sequester carbon and regenerate soil.