Will’s Wisdom: Your Opportunity To Bring A Little Prosperity To Impoverished Rural America

Every thinking American has some level of recognition of the decay that has occurred in our rural communities. Almost everyone can agree that this decline is one of the greatest economic disasters of the last half century.

Most Americans do not understand what caused this. I do, because I was at its epicenter.

Let me tell you what happened, and how you can help to undo this tragedy.

Most rural communities enjoyed a fairly constant agrarian economy, prior to World War II. WWII was the Game Changer for American agriculture [which I wrote about here].

The Centralization of our food processing system, which began in the late 1940s, was of the greatest tragedies that resulted from this enormous transition. Farms ceased to be diverse biological systems, and instead became factories that produce great quantities of one commodity. Centralization of our food processing made rural American communities irrelevant.

But the huge meat slaughter plants, soybean crushing plants, and grain mills that were built were not community-contributing businesses. They were, and are, owned and operated by large multinational companies.

Maybe the greatest harm of these mega-plants was that they operated with such great "economic efficiency" that they starved out our small Hometown, locally-owned and operated processing businesses. Wall Street, Silicon Valley, and foreign-owned food giants were enriched by siphoning off the income that had previously gone to multi-generational small town businesses.

When I was growing up in rural Georgia in the 1960s, every county had at least one family-owned abattoir [artisan slaughter plant]. Today, almost every single one is gone from our 159-county state. 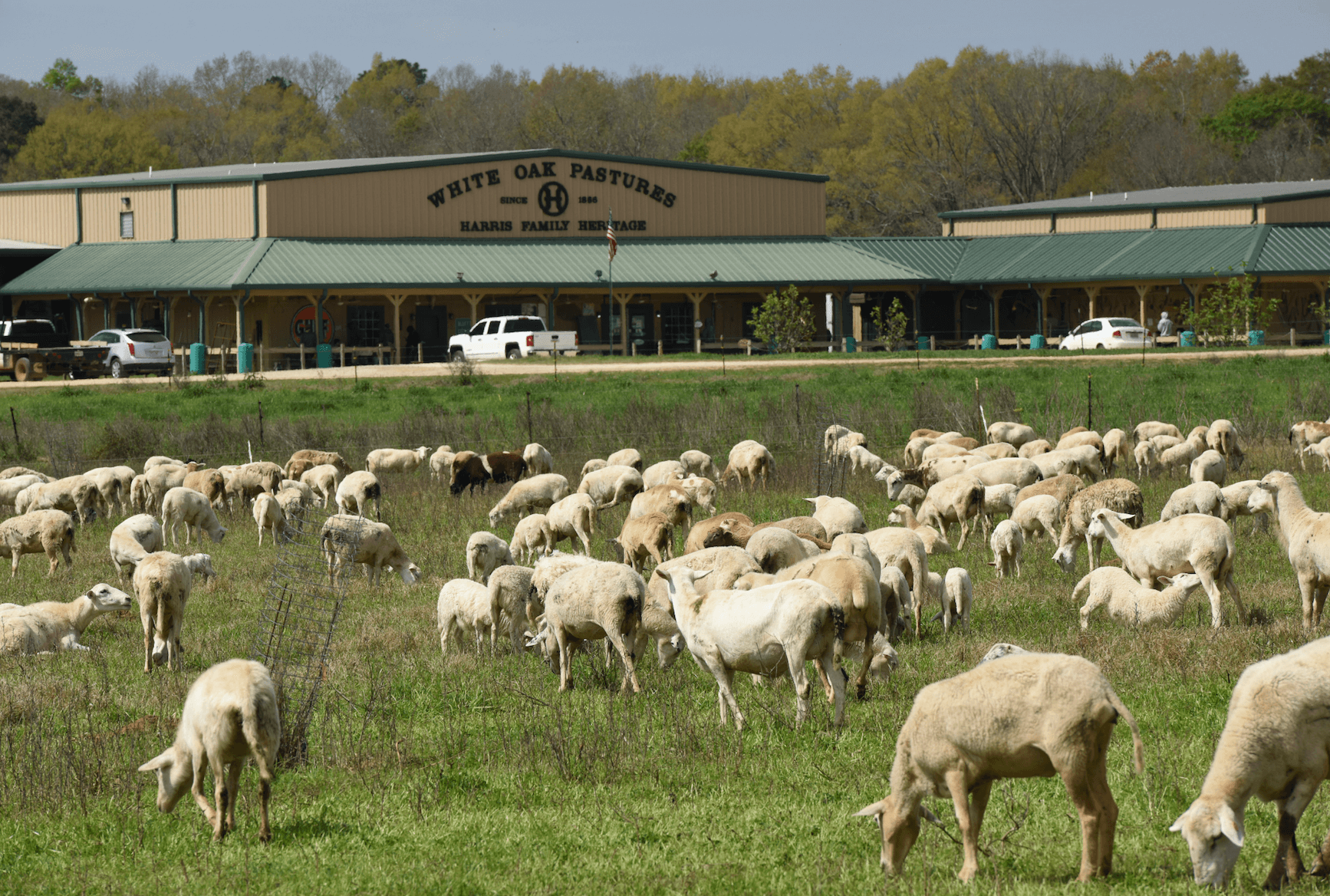 This is our New Plan:

White Oak Pastures, with its 150 employees, is the largest privately-owned employer in our county. We write payroll checks for over $100,000 every Friday.

[Bluffton, population 103, is in Clay County. Clay County has a 41.4% poverty rate, and its unemployment is almost exactly twice the national average].

These funds pour into the economy of one of the poorest counties, in one of the poorest states in our country. And that is just payroll dollars - our farm and processing plants pour millions of dollars per year into our local economy.

Spend your food dollars to vote on whatever system that you feel is best.