There's a little strip of land down here in Bluffton that we call "The Bluffton Ridge". It's about 15 miles long, and just a few hundred yards wide. It's where the Appalachian Mountains have gone underground, and combined with the coastal plains weather, where about 52 inches of rainfall pretty evenly throughout the year, this uneroded, incredibly rich mountain soil can provide aplenty. This little strip of land has an extraordinary history.

At White Oak Pastures, we work to improve the resiliency of our land through regenerative practices and holistic land management. But we are also blessed with naturally productive land that, when its cycles are functioning, can be incredibly productive for livestock production. Especially with soil like this, when we feed the natural cycles, the natural cycles produce a bounty for us.

But we weren't the first to realize the bounty that this special little strip of land can provide. The Kolomoki Mounds site, once home to the largest settlement north of Mexico, is just down the street from us.

The word kolomoki translates to "land of the white oaks", showing that our namesake tree has been in this area a long, long time.

From 350-600 AD, Kolomoki was the largest settlement north of Mexico. The Kolomoki Mounds site, now a state historic park just west of White Oak Pastures, is home to eight enormous mounds, the largest and oldest east of the Mississippi. The earliest inhabitants of the area, most likely the Swift Creek and Weeden Island cultures, built these mounds by hand, carrying one basketful of dirt at a time. It was a monumental task. The largest mound, 325x200 ft at the base (about the size of a football field) and 56 feet tall, took two million individual basket loads, each holding a cubic foot of earth. These mounds were probably used as ceremonial places, with areas for temples or burials. 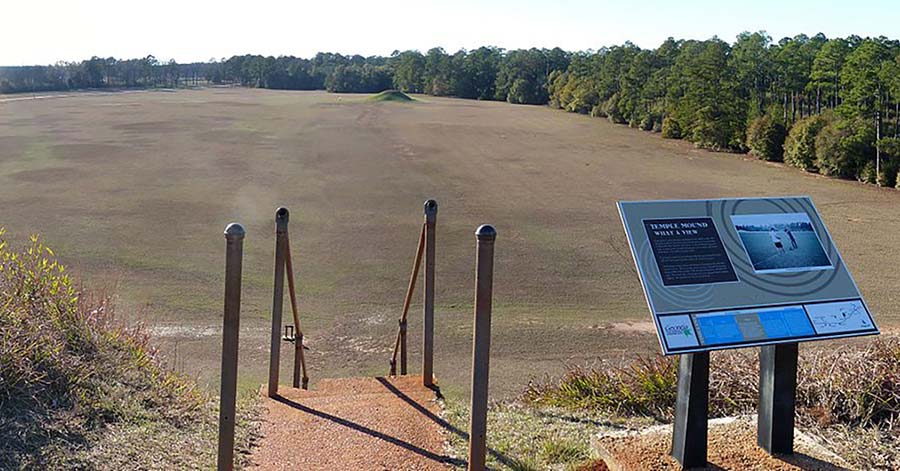 The presence of such enormous undertakings like the mounds indicates that local people were prosperous and thriving. They were an advanced society, no doubt, but we also think they benefited from settling right next to this same little strip of rich soil, the extraordinarily productive land now called the Bluffton Ridge. Significantly, the people of ancient Kolomoki built the mounds next to this strip, not on it.

"It really is a magical, mystical place", says Will Harris, about Kolomoki. "Those Native Americans that chose that place - I think they had a lot more of a spiritual connection to the land than we do today. They could have built those anywhere they wanted to, but they chose that place." 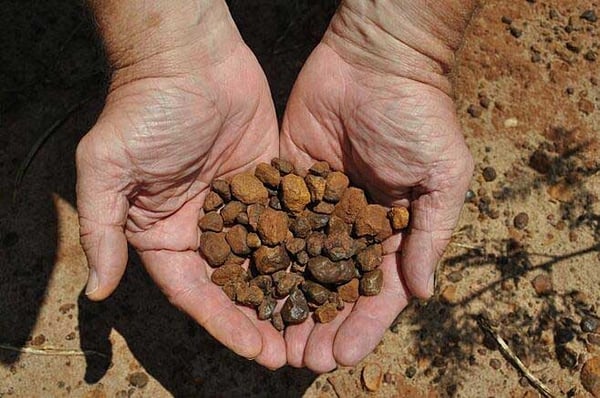 These tiny Appalachian rocks are treasure chests of minerals. Will's dad always told him, "pebbly ground is the best ground".

Today, when we look out at White Oak Pastures, sometimes we feel that energy here as well. There is a perfect storm of geology and weather here that creates a natural bounty - and that is indeed a magical, mystical thing.

As we work to be good stewards of this land, we like to think about the civilization that built the Kolomoki Mounds. When we look at our land today, the same white oaks that gave Kolomoki its name are still in the area. Turkeys, native to North America, graze in our pastures as they might have done at the Kolomoki settlement. And as we all fatten up for fall, we are thankful for the bountiful harvest still coming in, just as it has for centuries. 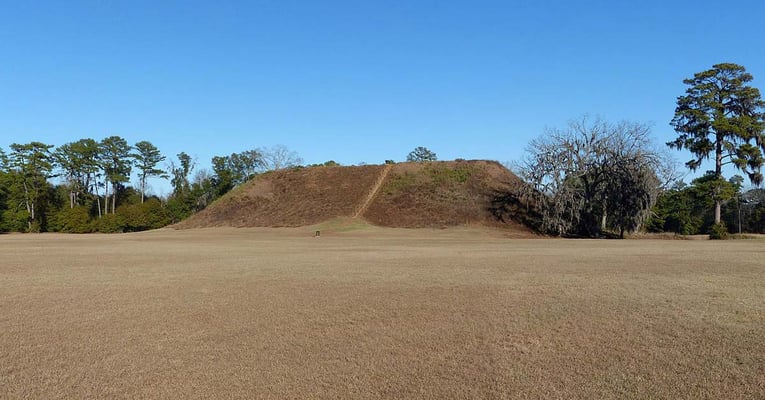 Since the time of Kolomoki mounds, this region has certainly seen innumerable changes. The stewards of the land have changed over time, and some have chosen destructive systems like industrialized, centralized, commoditized agriculture.

But it's now our turn to care for this little strip of land, and we take our responsibility seriously. We celebrate the richness of this soil through holistic management, using animal impact to feed and strengthen nature's cycles. We are managing our land with an eye to the next generation to live next to this special little strip of land. Regenerative agriculture is a core value of White Oak Pastures, for the sake of our animals, our environment, our community, and for those who will inhabit this land after we’re gone.