Organic Garden Manager, Bilal Sarwari, brings a mindfulness for biodiversity and environmental stewardship to our vegetable production. Our gardens provide local, organic produce to our on-farm restaurant, farm staff, and General Store customers. Bilal offers an in-depth explanation of some of the ways he encourages biodiversity and sustainability in his daily garden management.

“The seed-starting mix we use is called coconut coir, which consists of shredded and pulped coconut husks. It's a byproduct of the coconut industry that would have otherwise been tossed into rivers or just left in landfills generating methane. It is delivered to us in dehydrated blocks and we simply add a few gallons of water and watch it expand. So far seed germination rates have been very good, I’m really happy with it. It retains water well, is sustainably harvested, and is an organic substance that will break down into the soil. 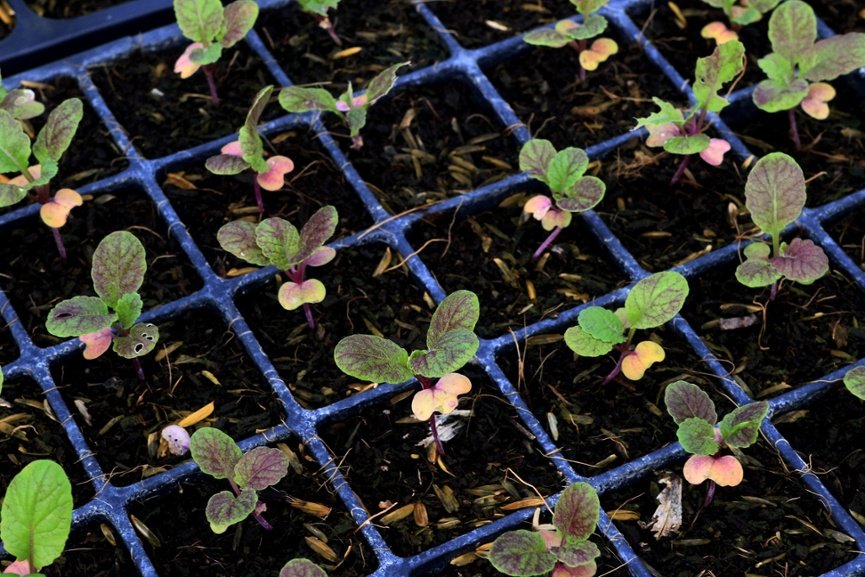 Traditional soil mixes, even though they're technically organic, are based on peat moss and perlite. Peat moss generally comes from Canadian bogs and is cut out of marshes which causes the destruction of thousands of acres of natural environments every year. Yes, technically it is organic. You are not using an artificial source, but you are contributing to habitat loss. I couldn’t reconcile that in my mind as an organic farmer, so I try to make small changes where I can. Perlite, those tiny white stones that are used prevent soil from clumping, is a type of volcanic glass. It occurs naturally, but has to be mined out of the ground. With strip mining perlite you have the same issue of environmental degradation as with peat moss. Perlite doesn't occur naturally in our soil and I want to use things that make good, permanent changes in our land. The gardeners that come after me will hopefully be able to work with something great and can build off of that as well. After much effort and research, I was able to find a good seed starting mix that did not contain peat moss and/or perlite. 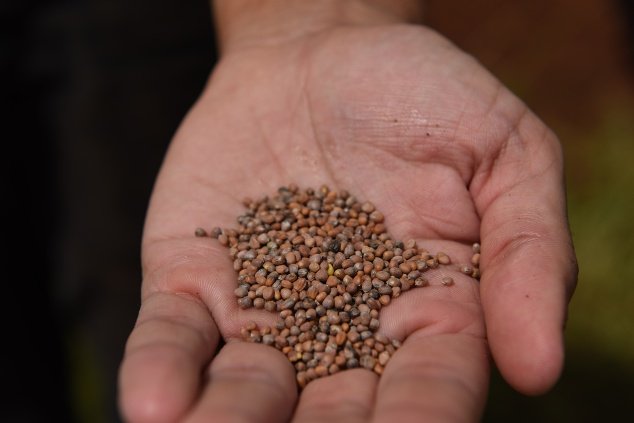 At White Oak Pastures, we're all about biodiversity. At Indigo Organic Garden, we have sweet potatoes growing in between okra. Okra grows tall and sweet potatoes are a vine that covers the ground. The sweet potato becomes a green, living mulch to keep weeds under control and allow moisture to remain in the soil. It’s just one of the little tricks we use to keep things growing well in a condensed manner.

What I try to do is keep plant families in mind while I’m planning. For instance, tomatoes, eggplant, tobacco, potatoes, they’re all in the nightshade family. To reduce pest pressure, I try to keep rows of plants in the same family spaced apart from each other. I’ll have a row of tomatoes with a few varieties mixed in a single row. In between those rows of tomatoes, we’ll plant herbs and flowers. If a pest drifts in and prefers tomatoes, they can go down a row instead of devouring a closely-planted field. Having multiple varieties of the same plant in a single row is also a deterrent for insects and pests. Sometimes specific plant varieties exhibit a natural resistance to common problems. This is a method of companion planting and it's something that's been going on since before history. Companion plants help solve problems in the garden before they happen, and assist in the careful management of soil. 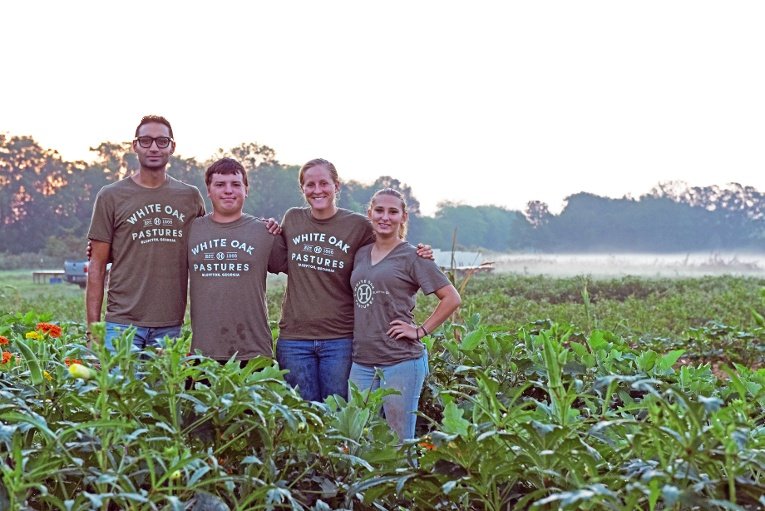 Using flowers to attract pollinator species and beneficial predator insects is something I picked up while working as a therapeutic gardener for Viewpoint Health. The gardens were at a psychiatric crisis unit and using flowers greatly improved our crop yields (while looking beautiful).

We are also planting orchard fruit trees and have them act as dividers between the garden sections. Fruit trees are great blooming plants and attract all sorts of pollinators. Planting trees in the garden also helps tie down the soil, provides a windbreak, and helps make water available to our crops. I typically choose older trees because they have a better chance of survival. Then we’ll carefully irrigate them for the first two years- watering them deeply to train their roots to grow down. When we stop irrigation, the trees will have nice deep roots and be more drought resistant. We are gardening to make long-term, permanent changes.

To maintain our organic certification we do source organic seeds. An “organic” seed means comes from a plant that wasn't treated with pesticides or herbicides. You want a seed and a plant that's adapted well to defend itself. If you collect seeds from a plant, or a group of plants, that were heavily fertilized with artificial fertilizers and heavily sprayed with pesticides and herbicides, you're not really getting plants that can readily defend themselves. You're just getting plants that were pampered and grown in an artificial environment. Our seeds come from companies that grow robust crops. They raise the plants organically and then collect from them as is. Some seeds are really easy to find organic, other things, like ginger sets, are difficult to find.