Will's Wisdom: Centralization is where the damn problem is 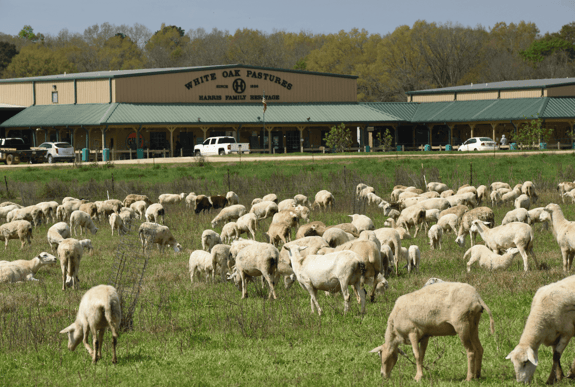 A recent investigation from The Guardian and the nonprofit Food and Water Watch underscores just how centralized and consolidated our food system has become.

The Guardian reports that just a few powerful companies “control the majority market share of almost 80 percent of dozens of grocery items bought regularly by ordinary Americans.” Despite the illusion of multiple brand options, consumers don't have the variety of choice they think they do.

For example, as a result of decades of "weak regulation and unhampered mergers and acquisitions", you can see statistics like this: 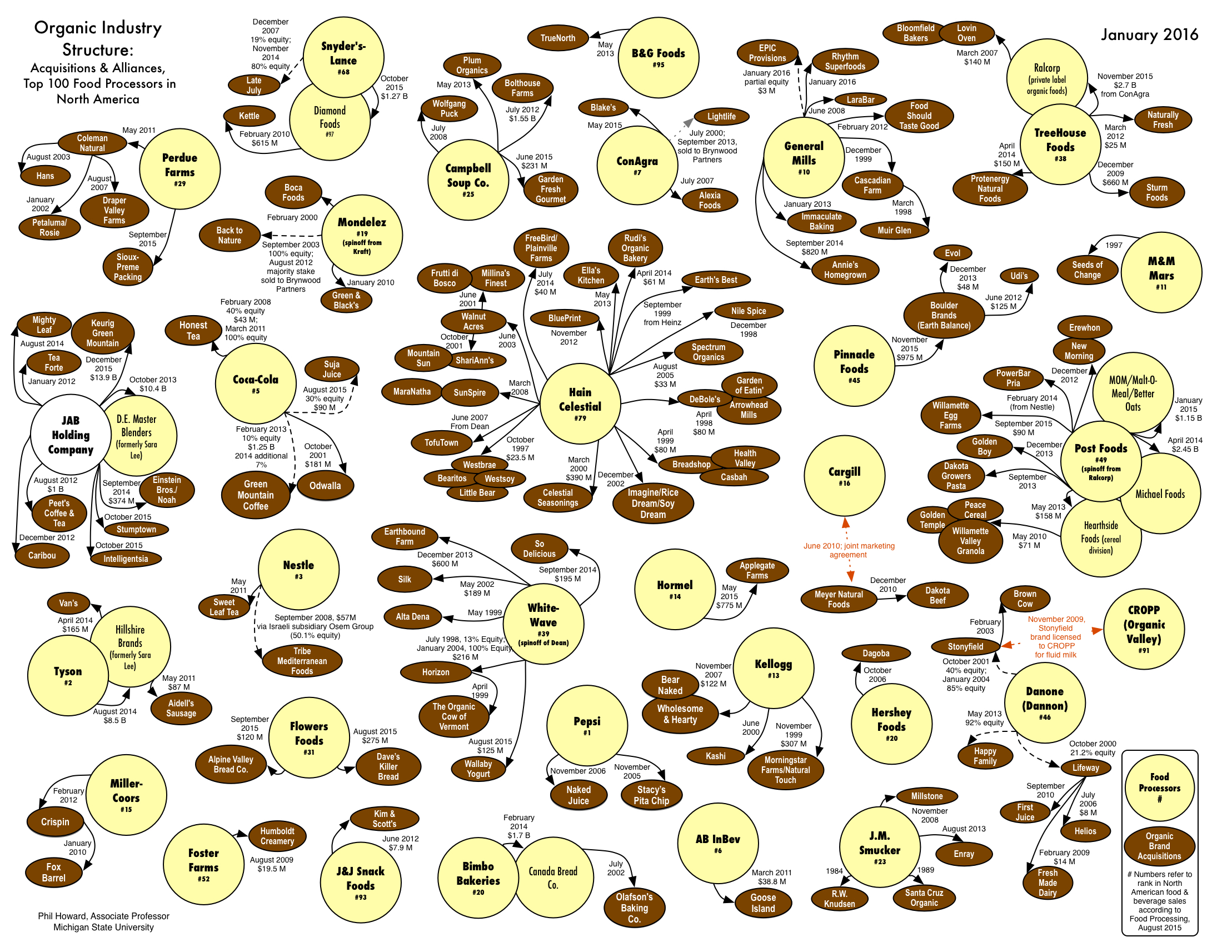 Here’s one of our perennial favorite graphics. Click image for a larger PDF.

These mega-companies are winning control of every part of the food supply chain, with "size, power, and profits". Consumers, whose food options are dominated by these companies, are losing.

And farmers, who have fewer and fewer companies to sell to, are also facing issues. Consolidation means “farmers have little choice about whom they sell to”. When these mega companies can largely dictate what farmers grow and how much they are paid, it's no surprise that just 15 cents of every dollar we spend in a supermarket goes to the farmer.

“It’s a system designed to funnel money into the hands of corporate shareholders and executives while exploiting farmers and workers and deceiving consumers about choice, abundance and efficiency,” said Amanda Starbuck, policy analyst at Food & Water Watch.

Centralization is evident in the numbers:

The Guardian investigation also examines the meat industry in particular. As they report: 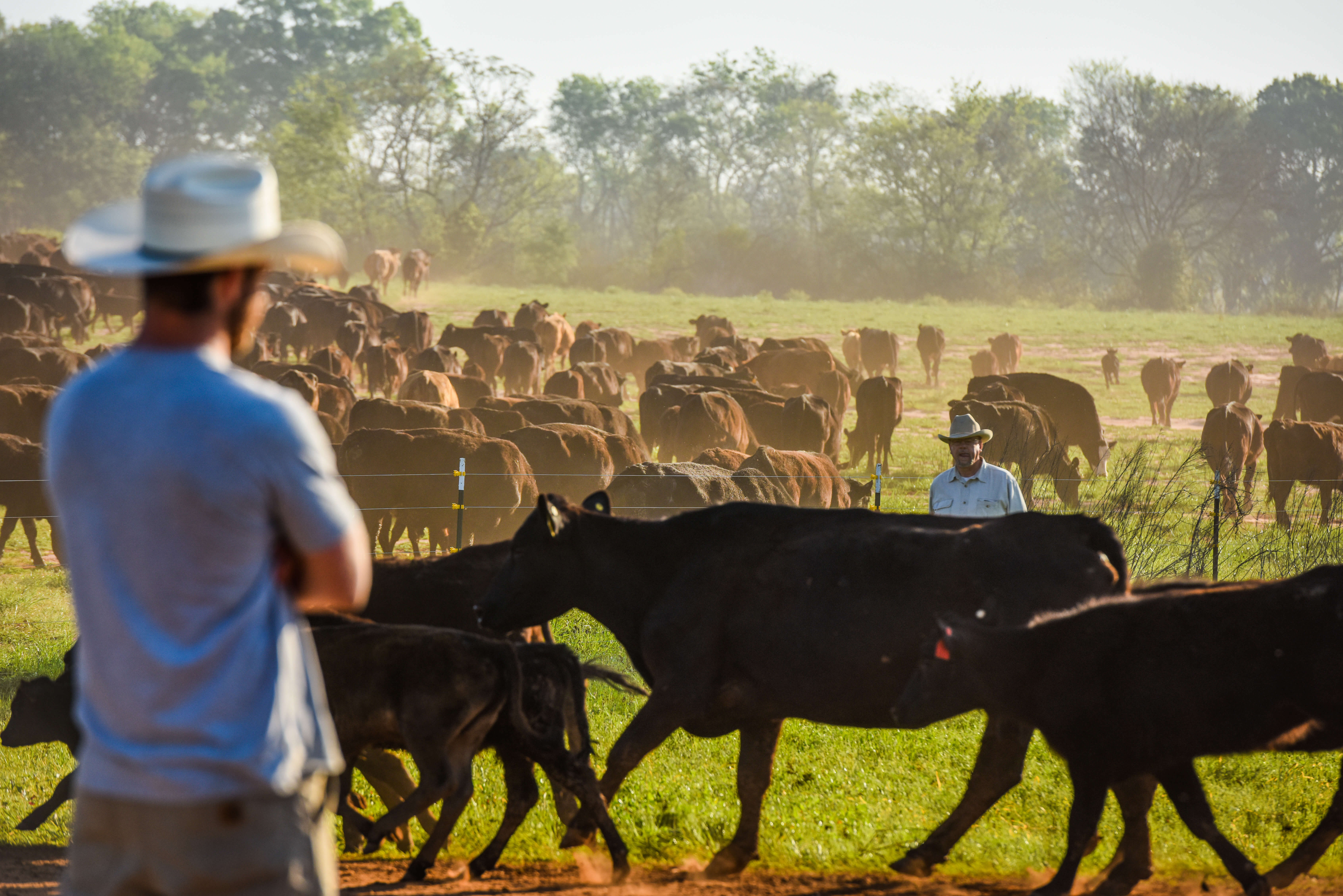 After reading this Guardian investigation, Will Harris had this to say:

And this is where the damn problem is. The huge multinational corporations that feed us, and have so much control on how our world is run, are publicly traded stock companies. This is what I know:

A stock company is owned by a group of investors. Investors are owners only for short periods of time. An investor's ownership increases or decreases through the purchase and/or sale of shares of stock in the company. It can happen with one click of the mouse. The stock, and therefore the ownership of the company, are intended to be freely traded.

Investors buy these stocks for the sole purpose of attaining a return on their investment. Stocks are seldom bought to make the company into a long-term benefit to society, or for the purpose of being the investor's life work.

Investors can [and do] buy and sell into and out of a stock corporation on a daily basis… With no continuity of ownership. Again, the owners are not the ones making operational decisions.

It’s a whole culture of pissing in your pants to stay warm. Or saying, “It’s cold in here, let’s tear some boards off and burn ‘em!”

Without the long-term view, it is a really bad system. At White Oak Pastures, we think generationally. Have you ever seen a publicly traded company that had a grandchild?