Bluffton, Georgia and Waverly, Alabama: two small towns that are not familiar to many. At a distance of 114 miles and a state border, these communities have many similar characteristics than at initial glance. Members of the White Oak Pastures team traveled to Waverly, AL on July 28th to participate in the Heart of Waverly BBQ ‘18 Festival. The Standard Deluxe was the host of 5 bands and 3 BBQ vendors with over 600 attendees. 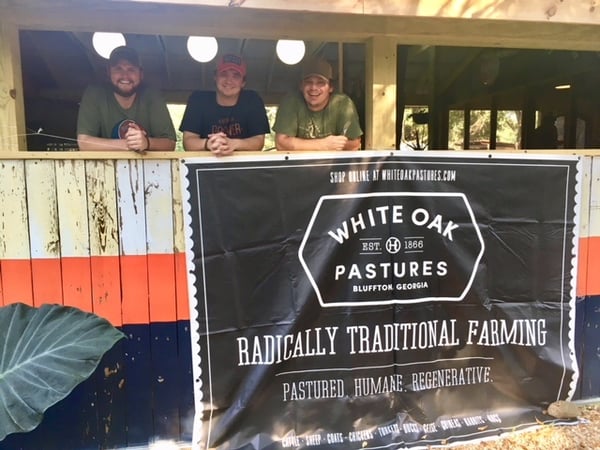 Waverly, AL, is a unique town that holds one of the South’s most eclectic music and entertainment venues, The Standard Deluxe. The 280 Boogie is held here in the spring and fall to celebrate HWY 280 being rerouted to the south of town, which it formally ran through. Bluffton once had HWY 27 run straight through its small town streets, but we do not believe a celebration as grand as the 280 Boogie was held in the same reverence in Bluffton. Our southwest Georgia town was incorporated in 1887 and now has a population of 103. At 1.6 square miles, “The Lord’s Acre” is a very poignant nickname rooted with rich history, agriculture and small size. Waverly was incorporated in 1910 with a current population just over 150. Three square miles covers the town that has seen revitalization of southerners alike, moving from the Auburn and Opelika areas. 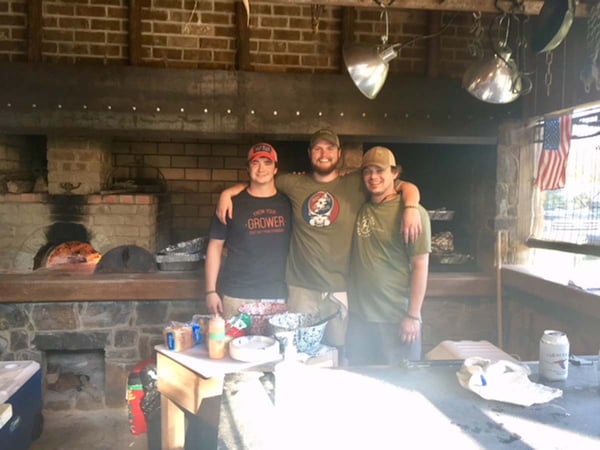 The Standard Deluxe was created and built by Scott Peek. Scott hosts music events that have included past performers of Jason Isbell and the Alabama Shakes at his small rural venue. The Standard Deluxe is also home to Scott’s screen printing and design shop. He has designed shirts and posters for The Bitter Southerner, South By South West, The Civil Wars, and other assorted music artists. He proclaims that “Standard Deluxe is a design and print shop with a little bit of a live music problem.”

Bluffton might be best known for White Oak Pastures, where Waverly is best known for The Standard Deluxe. Both towns garnish the warm small-town comfort of community and looking out for thy neighbor. Bluffton’s guests arrive to see the livestock and farm operations to gain knowledge and nourishment from our pastures. Waverly’s visitors congregate for music, food, art, and togetherness. White Oak Pastures welcomed the opportunity of participating in the Inaugural Heart of Waverly BBQ Festival. Smoked pastured pork was pulled from Boston Butts, and smoked pastured turkey legs were served to piqued consumers. Our team members were provided the newly constructed “Feed Shack” to prepare and serve their succulent plates of barbeque. Five bands, including BB Palmer, played throughout the day with the Futurebirds closing the night out. Over 600 spectators traveled from Auburn, Birmingham, Columbus, Atlanta, and the Carolina’s to soak in the rhythms of the music and smokiness of the barbeque pits in the air. When the last string light was unplugged and the final ember extinguished, our cooks left with new friendships, bonds, and experiences that reached out to a new and old customer base. For future events at Standard Deluxe visit their webpage.
Here is a preview of what to expect!
WBRC FOX6 News - Birmingham, AL