A couple of years ago, I was asked to speak at the Old Boulderado Hotel in Boulder, Colorado.  It is a historical building that has been well kept up since its heyday in the early 1900's.

In the dining room, they have a framed menu from 1909: 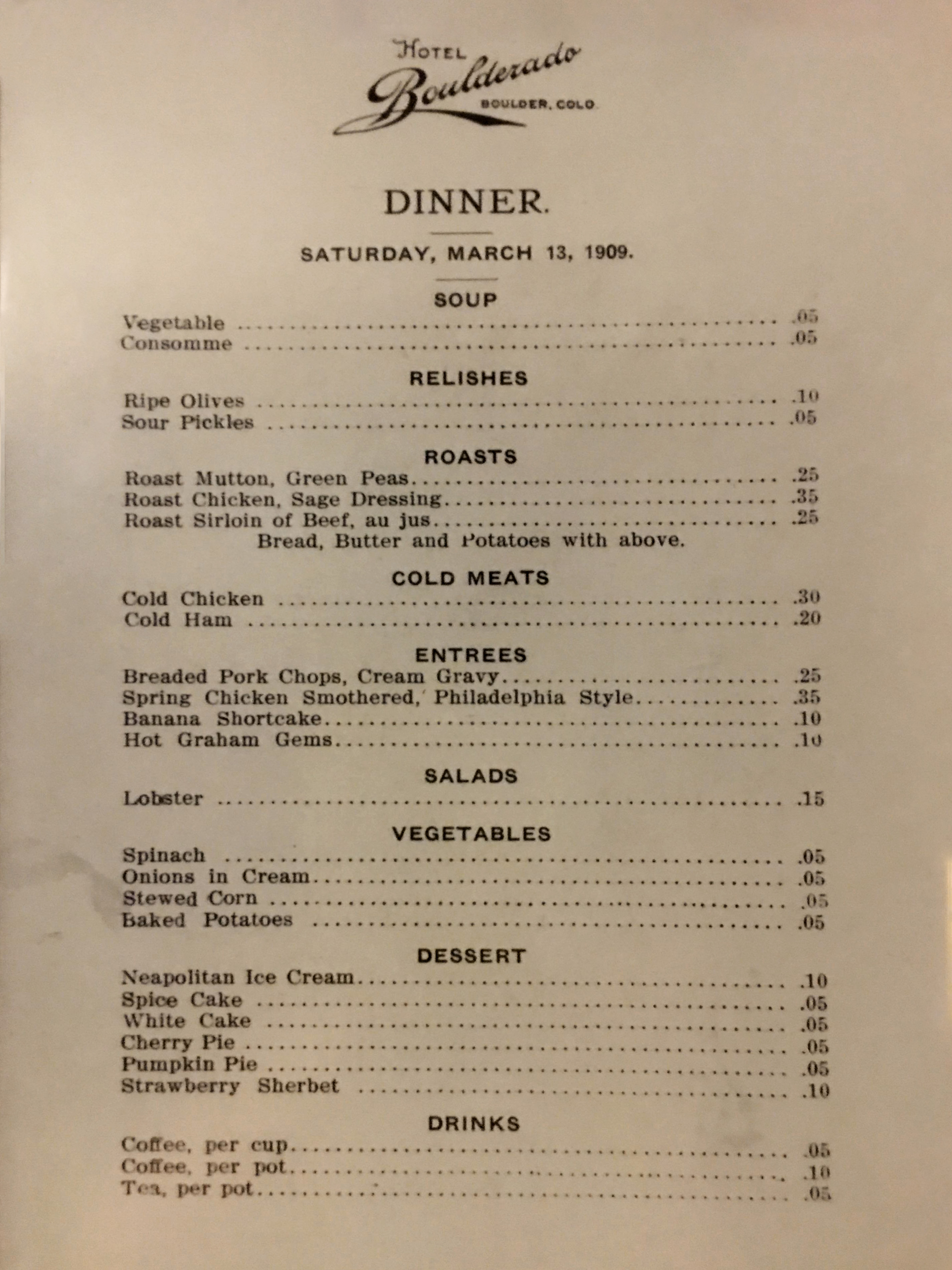 In this white tablecloth restaurant, I was not shocked to see that the highest priced entree on the menu was only 35 cents.  I understand inflation.
But it was sobering to see that the chicken plate had the highest price of all of the proteins on the menu...that difference is due to the departure of how animals are raised now, versus then.  It is a result of the Industrialization and Centralization and Commoditization of our food production system. These apparently positive changes made food cheap, abundant, and "safe".   Obscenely cheap. Wastefully abundant. You can make up your own mind about the "safe" part.
The shift to confinement within animal production took more costs out of raising a chicken than it took out of the raising of a cow, or a hog, or a lamb. All species had great "savings", in their cost of production, but the chicken was the big "winner".
In every offering, the chicken was 40-50% higher than the lamb, beef, or pork. It was a great departure from the way proteins are priced today, but I know why.
When my dad's generation "revolutionized" farming [post WWII], it appeared that they thought that they took enormous costs out of food production.  What they really did was move these costs. My generation really took that food cost externalization to an unbelievable level. However, these cost reductions had unintended consequences. It took over 100 years for these unseen consequences to become apparent.
We now have a Dead Zone in the gulf of Mexico that is 6334 square miles (over 4 million acres). We didn't in 1909. Rural America is universally impoverished today. There was an unbroken network of vibrant rural farm communities that extended from coast to coast in 1909. We have climate change threatening life as we know it. We didn't in 1909. We deprived our livestock the opportunity to express their instinctive behavior in ways that would be unimaginable in 1909.


Among these consequences, we must also consider:

But damn, you can sure eat chicken cheap.