Whatever Is Good For Our Planet Will Be Good For Us 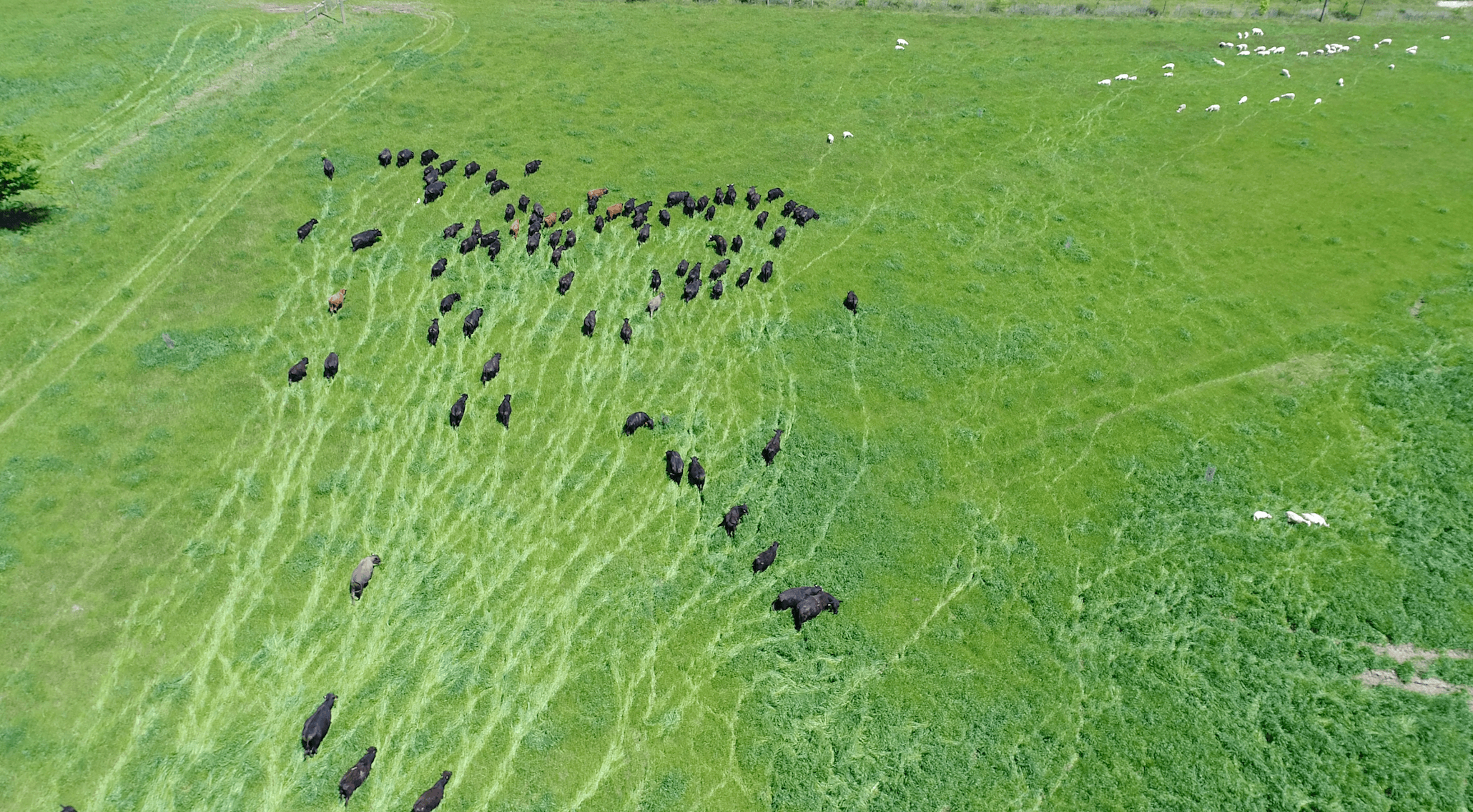 In the 75 years after the end of World War II, we have lived under the assumption that whatever was good for us would be good for our planet. The unintended, unnoticed, and unpleasant consequences of that idea have now become clear and costly. This idea has proved to be a dismal failure.

In the last 75 years, reductive science has provided we humans with destructive technology that made us powerful enough to break these essential Cycles of Nature [at least in the short term].

Pesticides, subtherapeutic antibiotics, chemical fertilizers, tillage, synthetic hormones, and many other "tools" broke the cycles and transformed the system. These things tried to force the beautiful systems that had been cycling since the creation of the Earth into a linear system.

This change was done to make food production scaleable. It made the system "more efficient", and it took costs out of production. But this movement from cyclical to linear replaced resiliency with efficiency.

As we’re finding out now, it was a really bad trade.

We now must accept that whatever is good for our planet will be good for us. I'm pretty sure that this will work a lot better for all of us. 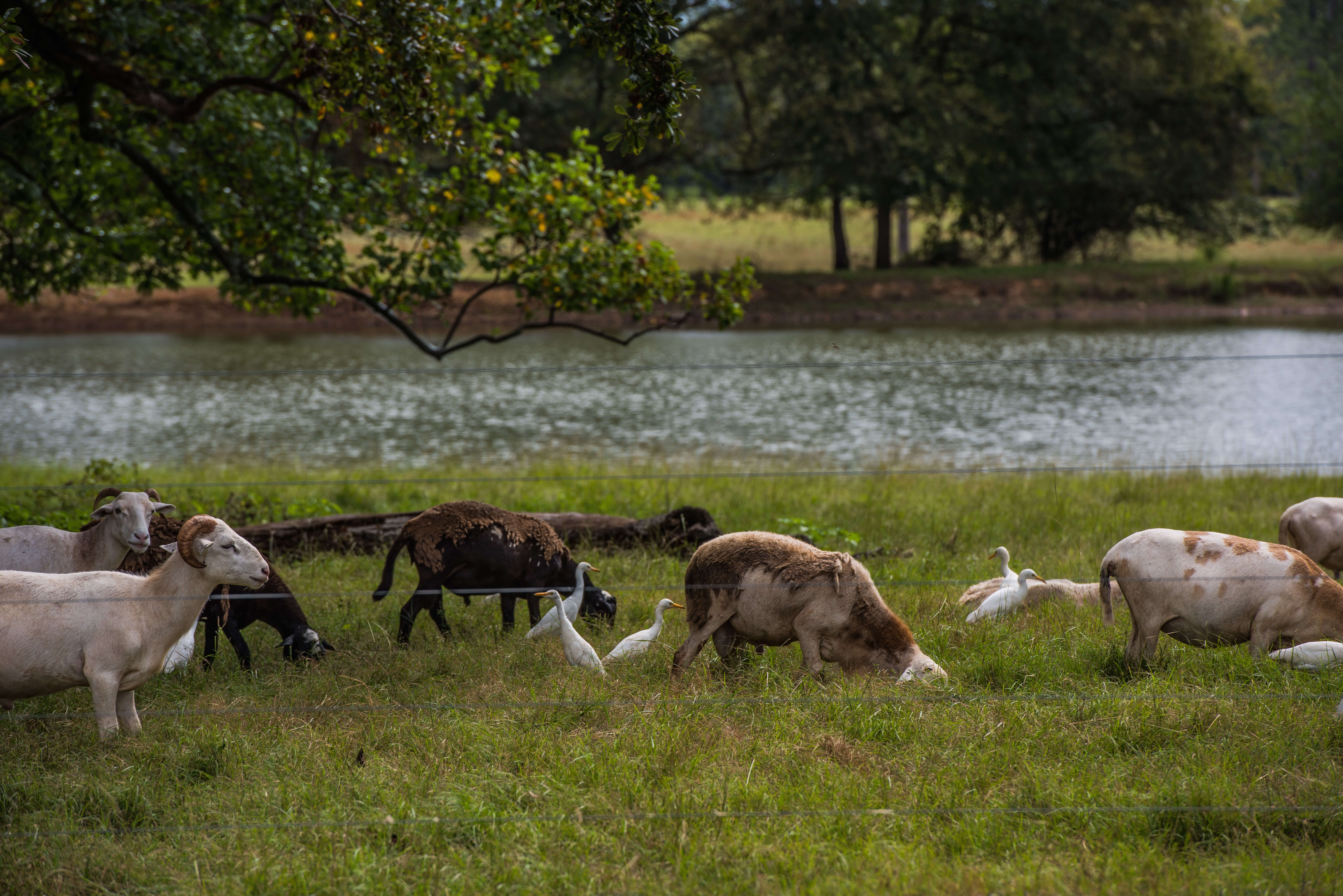 At White Oak Pastures, we have figured out what we are going to do to follow this new world order. We have relearned how to work with Nature, instead of fighting against Nature. We call it biomimicry, the emulation of the natural systems.

I'm pretty sure that we humans don't have the capability to understand these things [though many of us pretend to]. We do not have to understand them. But, here it is: we do have to accept them. 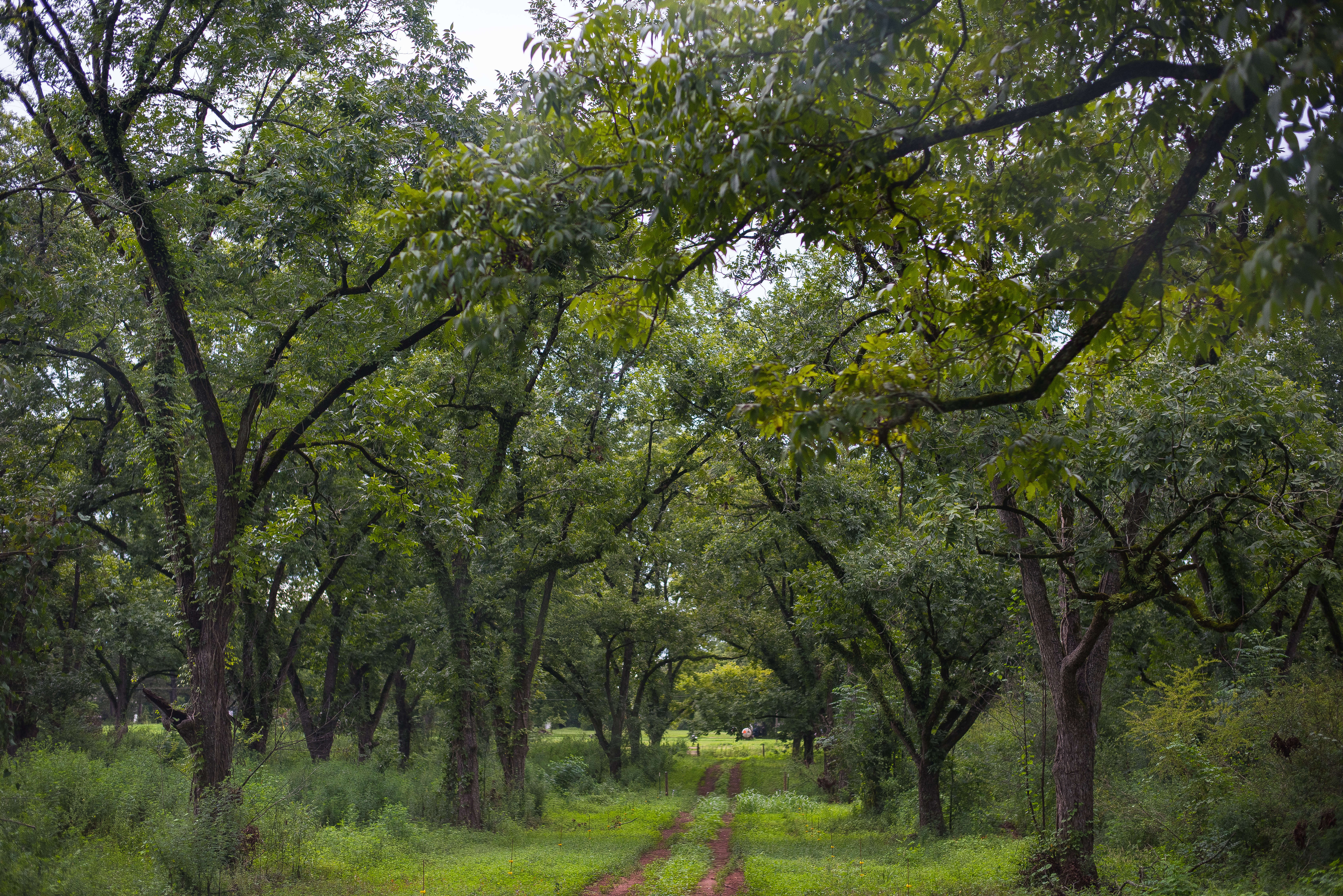 The predators would have spent their lives in a slow chase of the bison, constantly moving them across the landscape and picking off the old and the weak. The threat of the big cats would have kept the herds from languishing in the wetlands or riparian areas.

As protection from the predators, the herbivores would have bunched up in a tight formation, creating a hard impact on the land. The animals would eat almost all of the forage, then defecate and urinate. Their cloven hooves would be constantly breaking the surface of the soil, pushing their waste and plant material into the soil.

But after a herd trampled an area with their impact, they would have been on the move, and the land in their path would have had a very long recovery period. This long interval of time gave the plants the time to completely recover and begin healthy photosynthesis again. The microbes in the soil would have thrived with the waste that the herd made available to them. 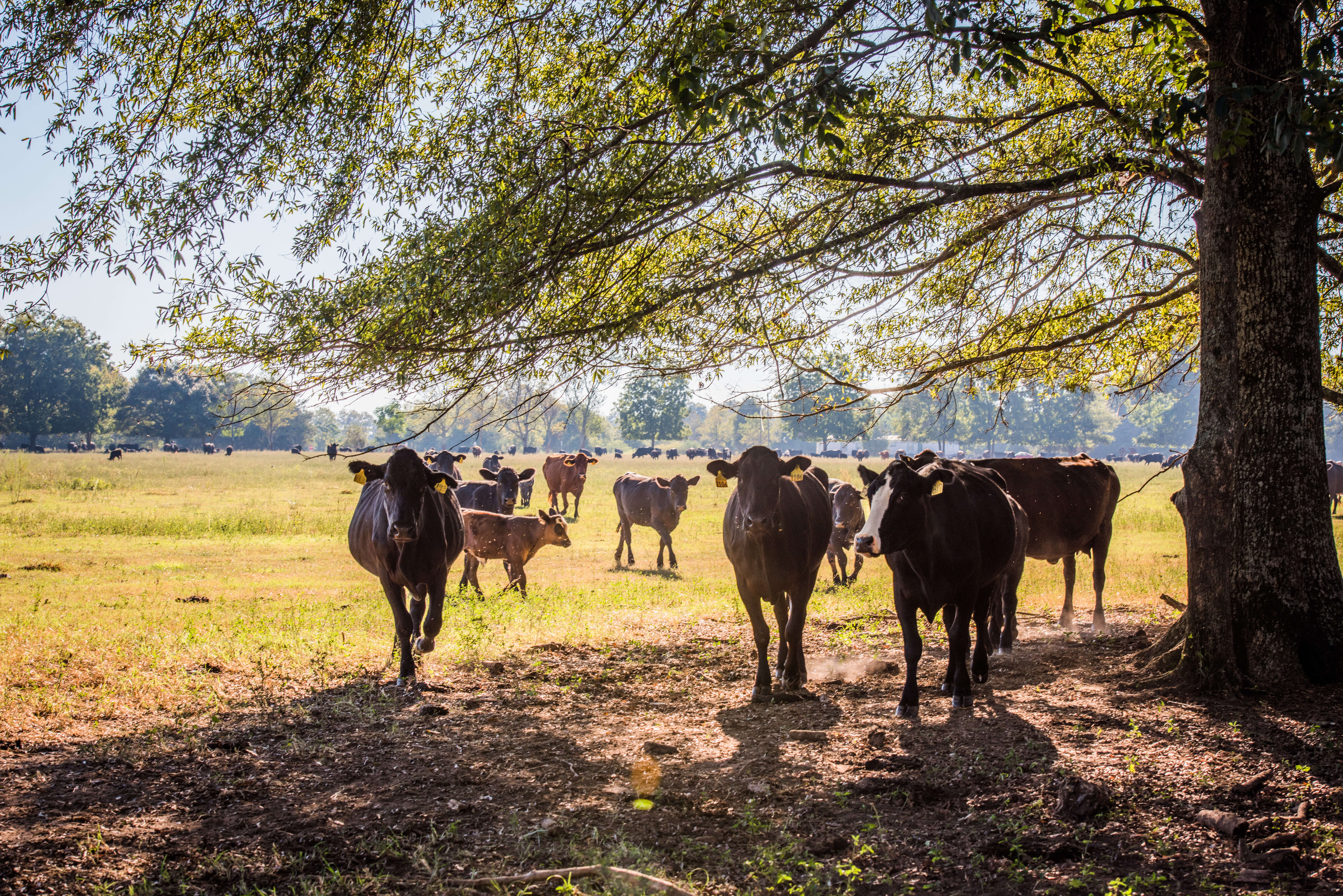 When we use biomimicry on our farm today, we are again emulating this natural evolutionary system. We shut up, sit still, and let Nature tell us how things need to be. Then we do it.

We replaced woods bison with cattle, sheep, and other livestock. We, the stockmen of White Oak Pastures, replaced the wolves and big cats, constantly moving our herds and flocks across the landscape.

And our land is again becoming a beautiful savannah, with great hardwood bottoms. 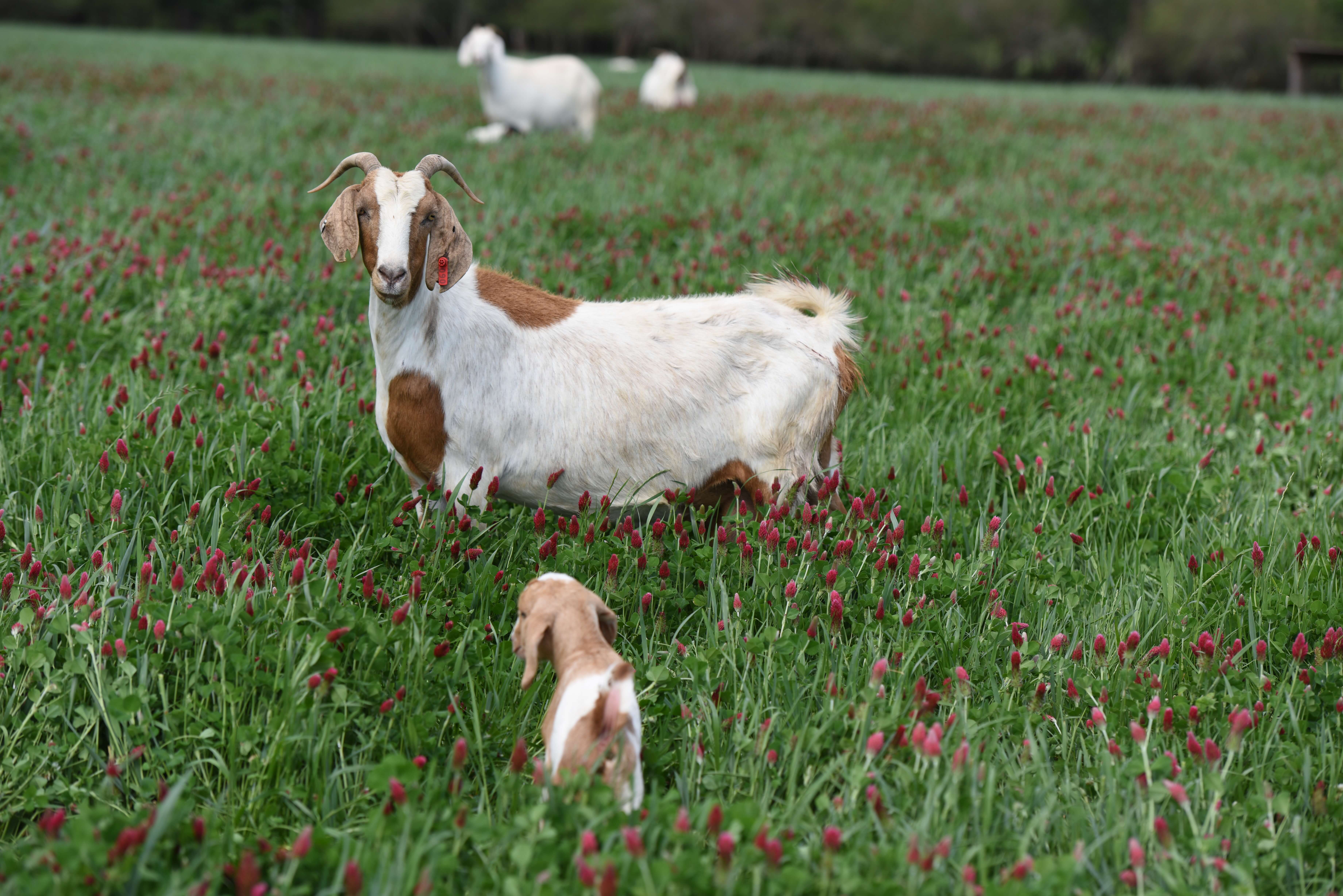