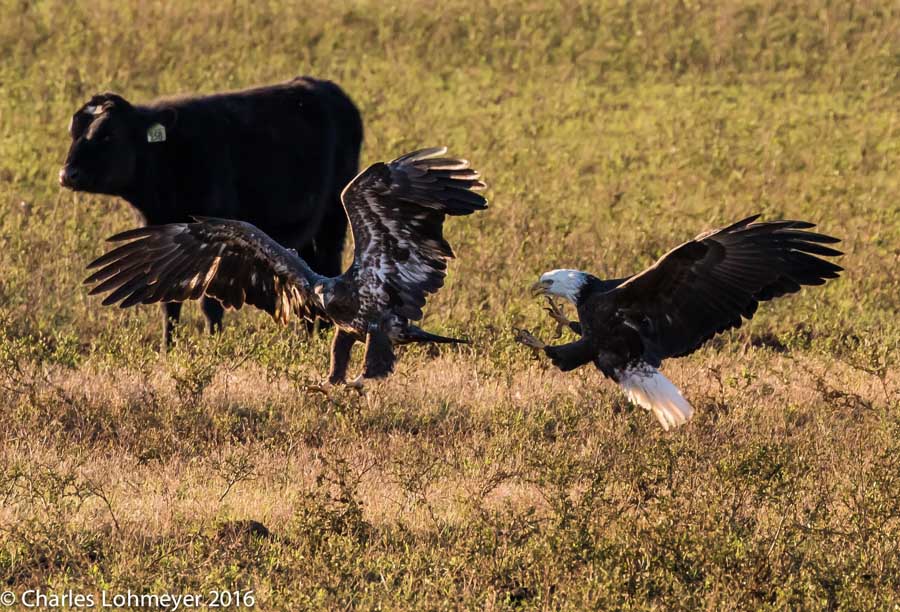 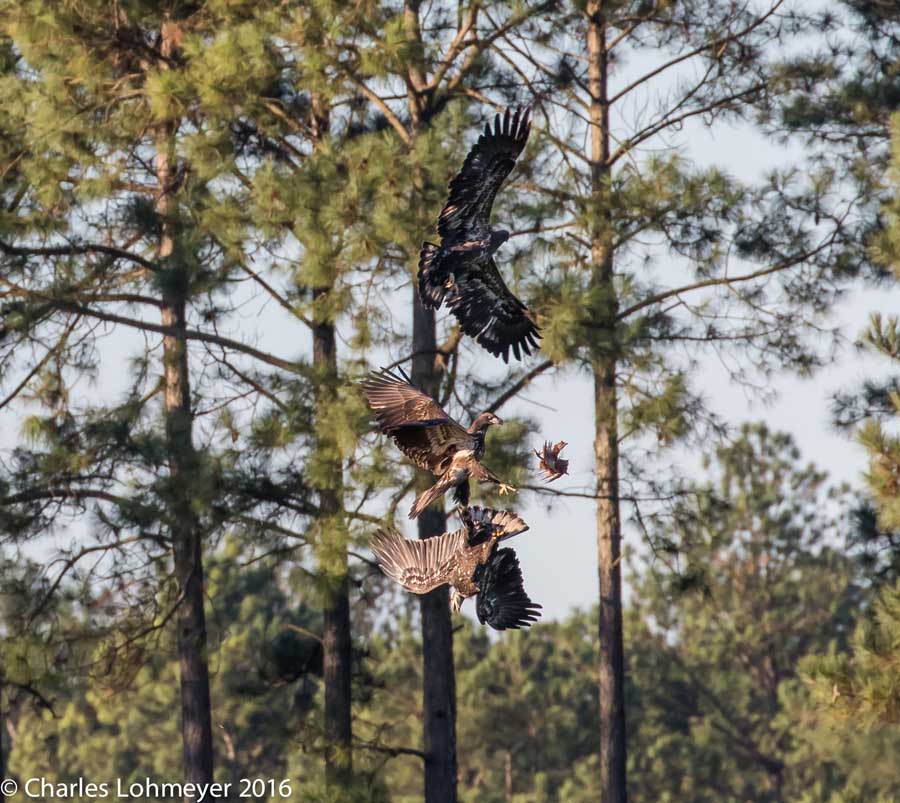 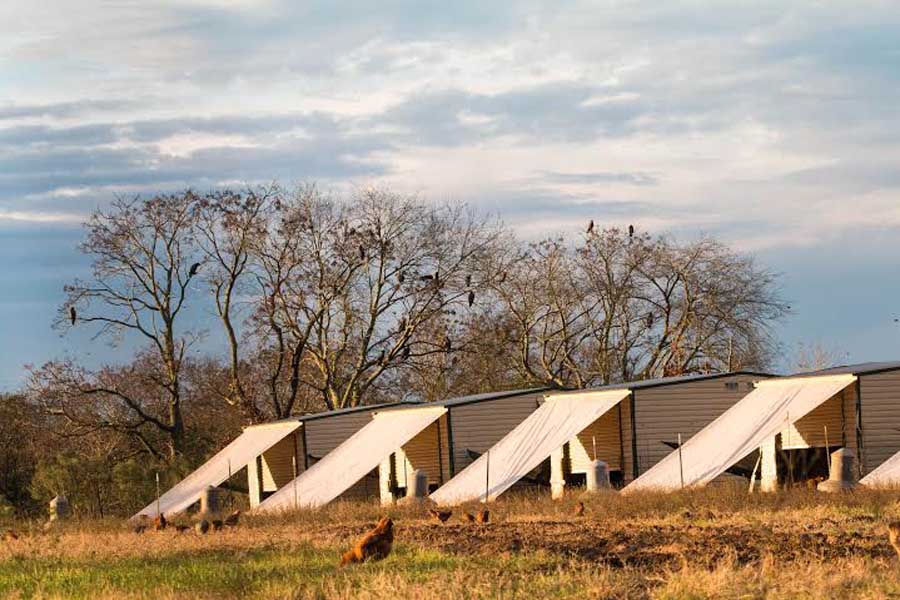 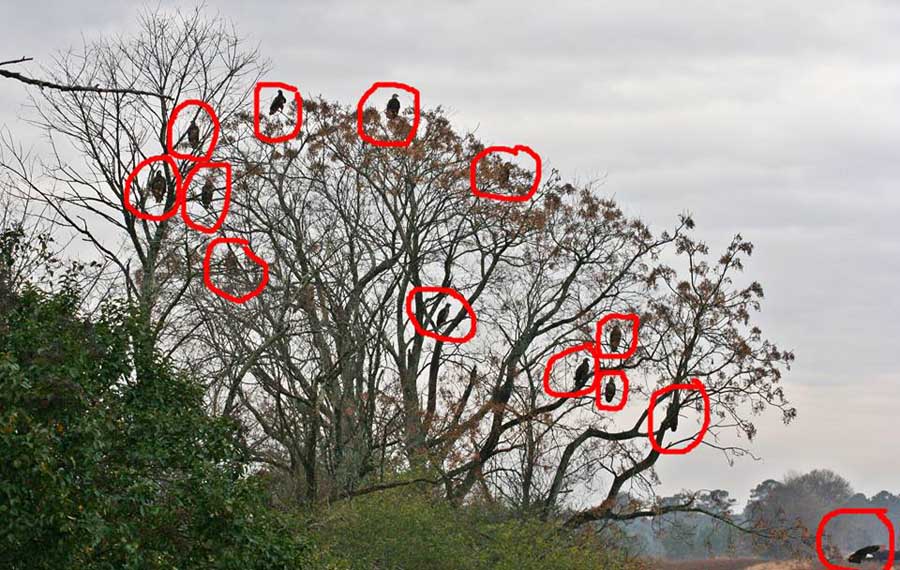 This "National Eagle Day", and with the 4th of July just around the corner, we want to provide an update about a very American symbol, who has made a home on our farm: the bald eagles at White Oak Pastures.

Around 2010, we introduced chickens to our farm, starting with a small flock of 500. Soon after, we added other poultry - ducks, turkeys, geese, and guinea hens, as well as thousands of more chickens. Soon after that, another kind of bird - bald eagles - was spotted on our farm.

Before beginning our poultry department, we did not see eagles at White Oak Pastures, because they had once become scarce in Georgia. With the passage of the Endangered Species Act of 1973 and the ban of harmful chemicals like DDT, eagles started to make a comeback. In the late 1970s, Georgia successfully bred eagles in captivity and released young eaglets into the wild, helping the population recover.

When we first saw bald eagles at White Oak Pastures, we were amazed and pleased. Will Harris has long believed that top predators indicate the health of an ecosystem. Predators weed slow or sick animals from a flock, improving the overall health of the group. Will's sale pitch is, "You’ll never get a sick chicken from White Oak Pastures because a bald eagle will get it first.”

But as our poultry flocks grew, the eagle population grew exponentially as well. At White Oak Pastures, we have one of the largest pastured chicken flocks in the country (ranging around 60,000 birds at any given time). And these tens of thousands of birds are allowed to roam in our pasture.

The first year we had poultry, there were a few eagles. Then there were a dozen. Each year, the number grew. Currently, we estimate over 80 eagles, including juveniles, call our farm home from October to March.

These eagles have come to eat, and our pastured poultry are the feast. Will Harris estimates that one eagle kills up to four chickens a day, which amounts to at least $1,000 in daily losses for our farm. Some of the bolder eagles have started to go after smaller turkeys and even newborn goats.

These losses are not good news for our farm, but the pillaging is also not good for the eagles themselves. You can't blame the eagles - they're picking the path of least resistance, the highest caloric intake for the least amount of work. But the density of the eagle population increases their chance of disease. It also makes juveniles form poor habits, preventing them from developing the kind of specialized skill needed for hunting fish in a river or other natural food sources.

Addressing this situation has been challenging, in many ways, because our eagle situation is fairly unique. There are other parts of the country where non-breeding eagles may congregate, but these are usually points along the Mississippi or other reservoirs, where they can feed on fish (not affecting farmers at scale). Conventional poultry operations are completely separated from nature, with their birds inside covered houses that a bald eagle would not be able to enter. There are very few pastured poultry operations in the country large enough to attract this number of eagles. But because of our ecosystem, we do have the perfect conditions for a feast for bald eagles.

While we want to protect our poultry, we have limited options. The bald eagle is protected under the Bald and Golden Eagle Protection Act and other federal laws. When we first realized the full extent of our eagle issue, we worked with the Georgia Department of Natural Resources (DNR) to understand what our options were and discuss possible solutions. The DNR's two main suggestions were putting up wire over the pasture or moving the chickens closer to humans. Unfortunately, both are not possible with our land management model. We consciously graze our foraging poultry on our 3,000 acres of pasture, using their beneficial animal impact to improve our soil and regenerate our land.

Currently, we use some targeted noise-makers, designed to cause the eagles to scatter. These are not entirely effective, and this system is expensive, both in equipment and man-hours.

While we try to figure out the best practice to protect our poultry and the eagles, we are also seeking reimbursement for our financial loses. The USDA's Livestock Indemnity program offers farmers up to 75% of the average market value of each animal lost, up to $125,000 a year.

Obtaining this reimbursement has been tricky. The USDA requires that we prove that the eagles directly caused each death, using documentation like records from a veterinarian, or photographs or video of the attacks. This is extremely difficult to document on a farm with the scale of our 60,000-bird poultry operation.

What's more, the USDA subtracts this reimbursement from the "normal mortality rate", what they consider the average proportion of animals that would have died before slaughter anyway. For conventional poultry operations, this number is set at 4%. Because we proudly function in a completely different manner from conventional poultry operations, the USDA has provided a different "normal mortality rate" for pastured poultry producers, placing it at 18%. We disagree strongly with their proposed percentage because White Oak Pastures field mortality rate is much lower than this number. We are still in conversations with the USDA.

We continue to look at all of our options and solutions for the bald eagle situation at White Oak Pastures. While we believe that these beautiful birds have a right to hunt and exist as they do in nature, our unique circumstance means that it disproportionately disrupts our farm and harms our livestock.

The eagle's presence, however, reminds us that everything in our ecosystems is connected. This Fourth of July, we're thinking of the famed John Muir quote:

"When we try to pick out anything by itself, we find it hitched to everything else in the Universe."