How Our Farm Reverses Land Degeneration

Scientists tell us that the planet that we live on was once a lifeless rock, spinning around the sun. It would have been black, and brown, and gray, with a poisonous atmosphere. It would have been incredibly hot on one side, with the water vaporized, and incredibly cold on the other side, with the water frozen solid. And, again, lifeless. [think about the pictures that we see of the surface of Mars, or the moon].

Somehow life began. I won't debate on how that occurred, but the fact that we are here makes it inarguable that it did begin. And that was the beginning of many complex and interrelated cycles that transformed the earth from a lifeless rock. 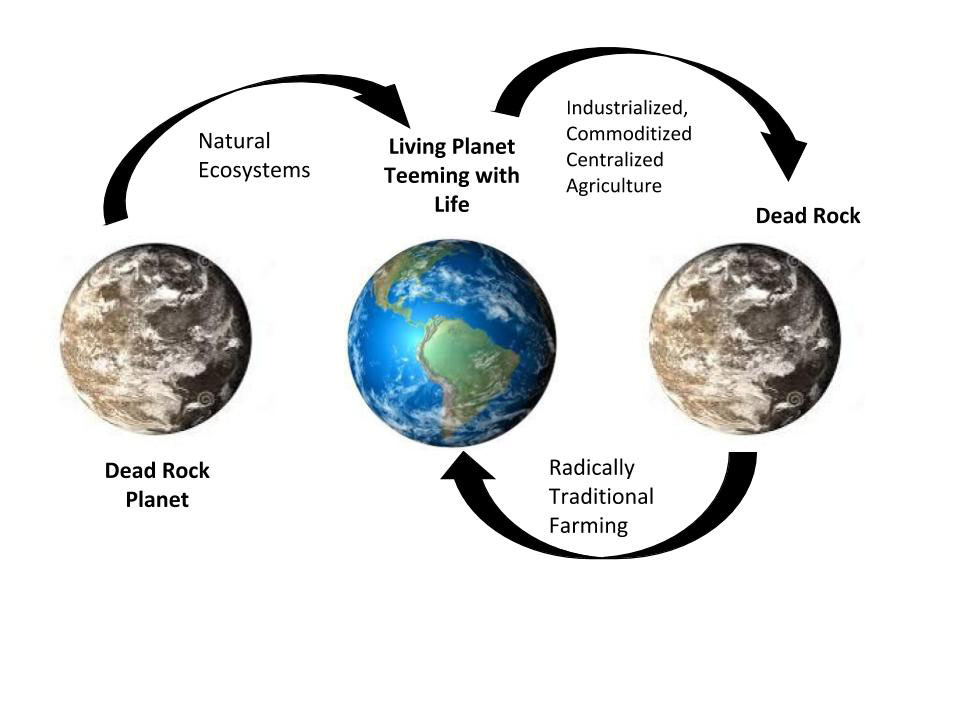 Plants began to photosynthesize sunlight, harvesting the energy that the sun sent. Photosynthesis turned that energy into sugars, and proteins, and fats. The energy was captured in the tissue of the plants, instead of simply heating the rock, and bouncing off.

Microbes formed and broke down the residual plant material from dying and dead plants, forming soil. They decayed plant matter, making it bio-available for insects and other living species.

Microbes synthesized minerals from rock surfaces and made them biologically available. [think about moss breaking down a boulder]. In a symbiotic relationship, microbes exchanged these synthesized mineral elements to the plants for the sucrose that had resulted from photosynthesis.

The temperature moderated as a result of the rock's surface cooling by photosynthesis, and the reduction of greenhouse gasses in the atmosphere. This cooling allowed liquid water to evapotranspirate.

Carnivores consumed herbivores wherever they grazed. The nutrient cycle was not transported and concentrated, which turned a nutrient cycle into a waste cycle.

There are probably many more cycles occurring, that we do not even recognize.

A renewable energy array focuses exclusively on the energy cycle. This flies in the face of nature. It cannot become regenerative until it accommodates all of nature's cycles.

For millions of these years, these cycles of nature operated as an unbroken system. When unimpeded, these systems produced an abundance. This abundance transformed the lifeless gray, and black, and brown rock into a blue, and green, and white planet that was teeming with life. [the abundance that was produced by these unbroken cycles was stored in things like oil, and coal, and natural gas, and the organic matter that was in our topsoil].

About 75 years ago, humans developed enough technology to make us powerful enough to break the cycles that I just described. [things like paving, cultivation, mining, oil drilling, pesticides, chemical fertilizers, etc.] that breakdown of the cycles began the process of turning the blue, and green, and white planet back into a lifeless black, and brown, and gray rock.

Our farm's regenerative land management can reverse this degenerative process. Support our farm, regenerative agriculture, and our future generations by ordering products from www.whiteoakpastures.com 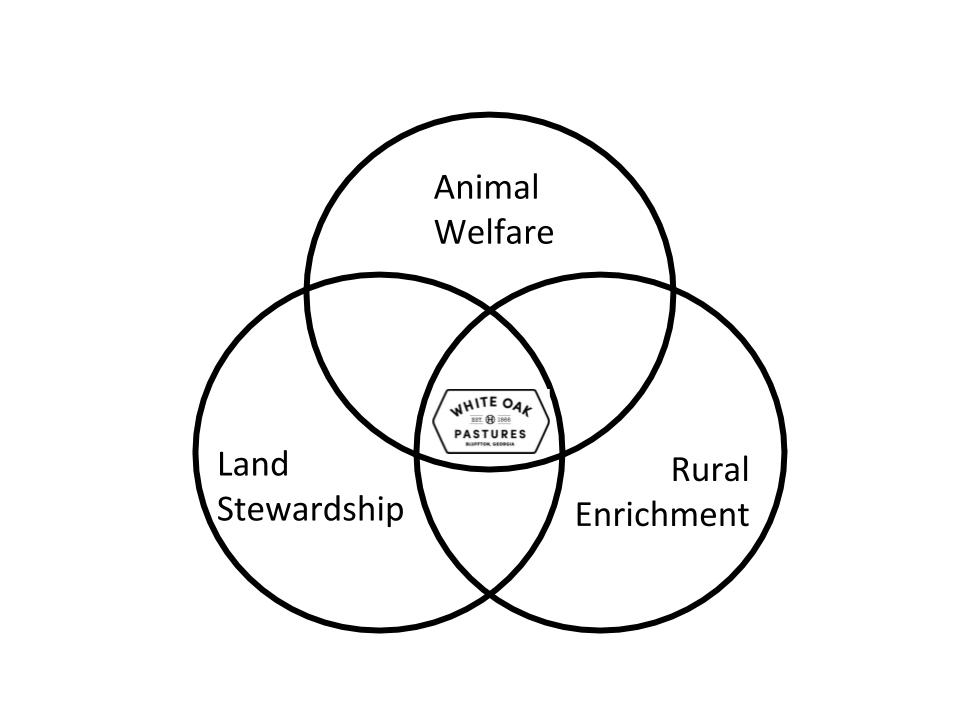