Debunking the “Feed The World” Myth 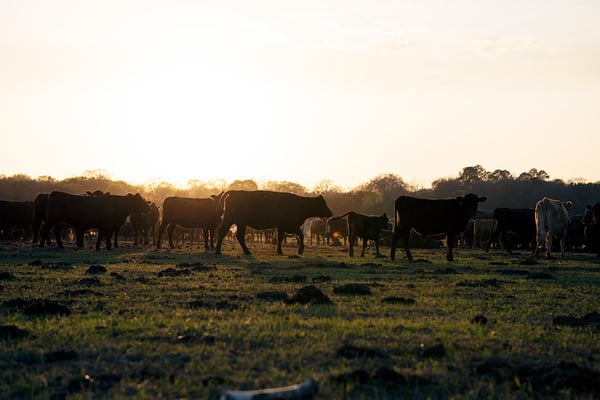 “You can’t feed the world that way. It’s not scaleable.”

Industrialized agriculture interests argue that factory farming is the only way to feed our growing world population. This mantra is used to justify destructive and inhumane practices that make food artificially cheap and wastefully abundant. More recently, it is the justification by the carbon-emitting agriculture industry to repackage itself as eco-friendly fake meat and “plant-based protein.”

That being said, we’re happy to have this discussion about “feeding the world”. First, we all need to stipulate that the earth has a limited carrying capacity. There aren’t infinite resources available on this planet to produce food and sustain life for an unlimited population.

If the acreage that is available to farm is the only limiting factor, industrialized agriculture wins. By using artificial crutches developed by reductionist science, factory farms can produce more food per acre of land than regenerative farms can.

These problems have only been with us since agriculture became industrialized. And today, we believe that they will determine how we are able to feed our communities and our world.

The only way that industrialized, centralized, commoditized agriculture “wins” is if the only consideration is efficiency and productivity per acre of land.

Factory farming truly made food abundant and cheap. But it has horrific unintended consequences for our animals, our natural resources, and the economy of rural America.

So we ask: what is the cost of the “feed the world” myth?

INFOGRAPHIC: THE IMPOSSIBLE TRUTH ABOUT FAKE MEAT VS. GRASSFED BEEF